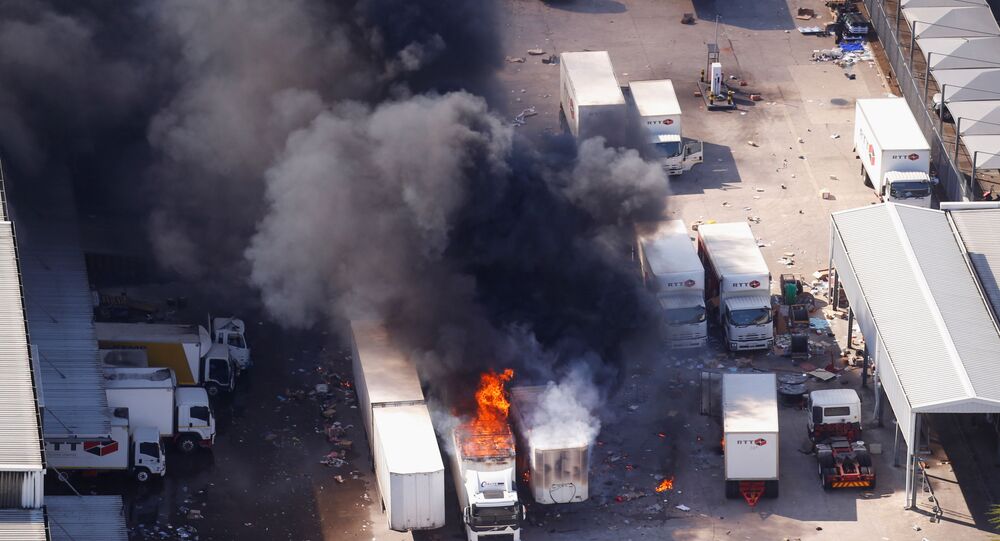 Last week, South Africa’s President Cyril Ramaphosa claimed that the instigators of the violence which recently hit the country had been identified and that the government was “going after them”.

With this month’s riots in South Africa claiming the lives of at least 337 people, the main question is what is behind this unrest, some of the worst the nation has seen since the 1990s.

The riots kicked off after former South African President Jacob Zuma handed himself in to police on 8 July to serve a 15-month sentence for contempt of court. His supporters reacted angrily to the developments as they blockaded major roads, demanding Zuma’s immediate release.

The protests quickly turned into chaos, with businesses in every sector looted, burned, and petrol-bombed in major cities across South Africa, where troops were sent to quell the unrest.

The turmoil specifically hit the province of KwaZulu-Natal, with its Premier Sihle Zikalala calling the situation “a catastrophe”.

The premier insisted that the violence in his province “started as a mobilisation around the former president, but then became something uncontrollable”.

“It was deliberately started and orchestrated […] and had an element of undermining the state – an insurrection”, Zikalala argued without elaborating.

He added that even though “many, many people are very unhappy about [Zuma’s] incarceration, […] anyone involved in instigating or planning or supporting disruption must be arrested and prosecuted”.