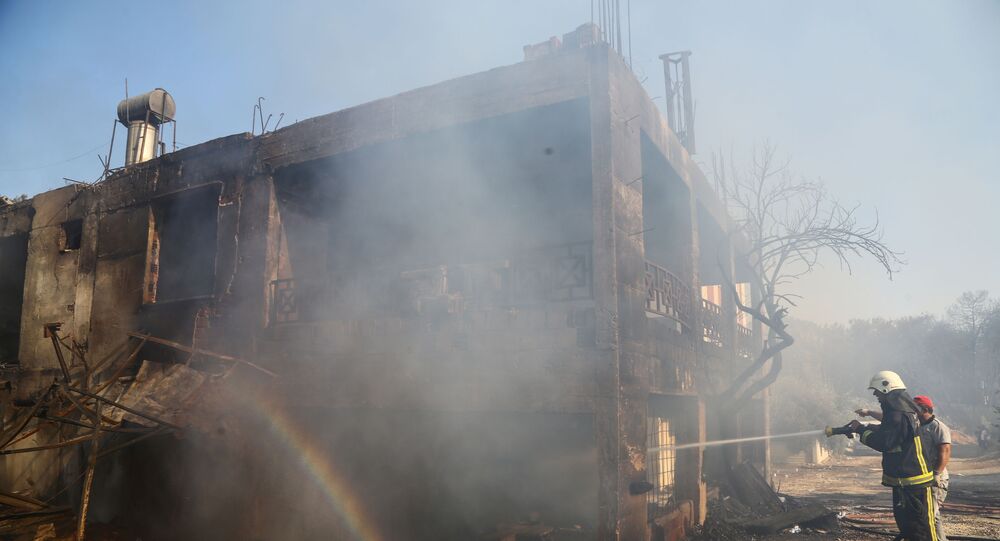 ANKARA (Sputnik) – The massive forest fire that broke out near the town of Manavgat in Turkey’s southwestern Antalya province was brought under control, 18 settlements were evacuated, Turkish Minister of Forestry and Agriculture Bekir Pakdemirli said on Thursday.

Two planes, 15 helicopters, six bulldozers and 106 fire trucks are extinguishing the fire, which spread quickly due to strong winds and hot weather.

“The forest fire in Manavgat was brought under control, but it is still ongoing in Akseki. Unfortunately, an 82-year-old Akseki resident died. Eighteen settlements were evacuated”, Pakdemirli told reporters.

​A total of 62 people sought medical assistance in connection with the fire, according to Turkish Health Minister Fahrettin Koca.

As Peace Between Israel and Palestinians Nowhere Near, Joint Project Aims at Defrosting Ties