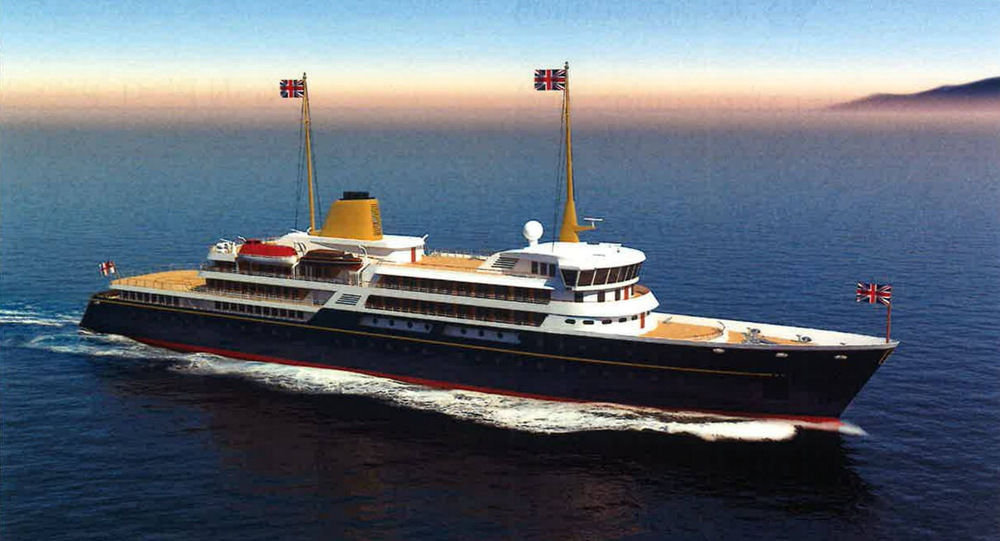 UK Prime Minister Boris Johnson announced plans earlier this year to construct a new royal vessel as the successor to the Royal Yacht Britannia, the national flagship decommissioned in 1997. At the time, Johnson envisioned the new national flagship as a reflection of “the UK’s burgeoning status as a great, independent maritime trading nation.”

“There has been a lot of reporting around this ship. Not all of it accurate,” he remarked at a ‘National Flagship Engagement Day’ event. “So let me set out our basic aims. Subject to working through bids, competition and technology, I aim to commission the ship for between £200m and £250m [at a] firm price.”

Wallace emphasized that the vessel would be completely “built by British hands,” with a “British-led design.”

Johnson also defended his position on Wednesday, telling LBC London that the national flagship will serve as a hub to showcase British businesses to wealthy investors across the globe.

“We need somewhere where the UK can show itself off to the world and attract investment and that will drive jobs and growth in the UK – not just in shipbuilding but across every sector of the UK,” he said.

Funds for the project would come from the Ministry of Defence budget.

Shadow Home Secretary Nick Thomas-Symonds argued that Johnson has “lost control of his vanity yacht” initiative, which initially had a £150 million price tag, according to the government’s ‘National Flagship Procurement’ document.

“It is absolutely staggering that costs have rocketed by £100m in a week,” the Labour Party lawmaker remarked. “Labour would scrap the government’s latest pet project and invest taxpayers’ money wisely to tackle crime and the surge in antisocial behaviour under this Conservative government.”

The project was first announced back in May 2021, with Johnson describing the royal flagship as “the first vessel of its kind in the world.”

“Every aspect of the ship, from its build to the businesses it showcases on board, will represent and promote the best of British – a clear and powerful symbol of our commitment to be an active player on the world stage,” the UK prime minister said.

The UK government argued the design and construction of the ship would “reinvigorate” the UK shipbuilding industry. Additionally, the vessel could be used for ministerial talks and diplomatic discussions.

Critics, such as First Minister of Scotland Nicola Sturgeon, have suggested that Johnson has ulterior motives behind his push for a new royal flagship.

“The only reason Boris Johnson has been talking about this is to try to distract attention from the sleaze that is swirling around him and his government,” Sturgeon said in May.

Nevertheless, July 28 marks the beginning of the UK government’s national flagship project, with officials now inviting investors to make competing bids until October. A winner will be announced in December.