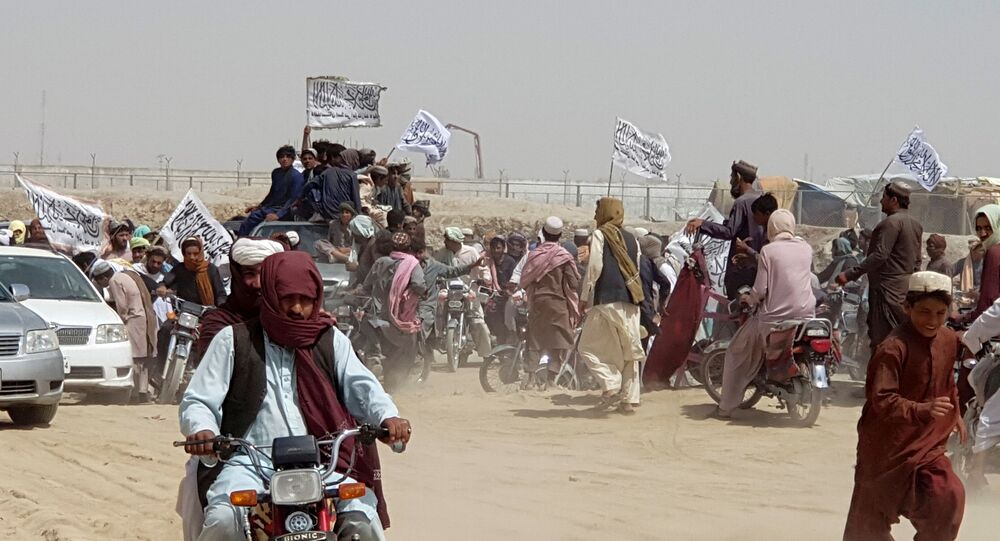 Chinese Foreign Minister Wang Yi on 28 July recognised the Taliban* as an “important military and political force” in Afghanistan, as per an official readout by Beijing. Wang further pointed out during his meeting with the Taliban that he expected the Islamic insurgent group to play a significant role in Afghanistan’s peace process.

US Secretary of State Antony Blinken on Wednesday welcomed talks between Chinese Foreign Minister Wang Yi and the Taliban political leadership in Tianjin, describing the meeting as a “positive thing”.

“Everyone has an interest in a peaceful resolution of the conflict and some kind of government that emerges that’s truly representative and inclusive. And so if China is acting on those interests, if other countries are acting on those interests, that’s a positive thing”, US Secretary of State Blinken told the Indian news broadcaster CNN-News 18 during a visit to Delhi.

Blinken also reckoned that no power, be it US, China, Russia, India, or Central Asian countries, favoured a “military takeover” of Afghanistan by the Taliban.

While Blinken was holding his engagements in Delhi, the Chinese Foreign Ministry and the Taliban announced, in separate statements, that the two sides had held consultations on the same day.

The nine-member Taliban delegation, led by head of the political committee Mullah Abdul Ghani Baradar, told their Chinese hosts that they won’t allow Afghanistan’s territory to be used against any foreign power.

“The Afghan Taliban will never allow any force to use Afghan territory to engage in acts detrimental to China”, Chinese Foreign Ministry spokesperson Zhao Lijian said during a daily briefing.

“It hopes that China will be more involved in Afghanistan’s peace and reconciliation process and play a bigger role in the future reconstruction and economic development. The Afghan Taliban will also make its own efforts toward fostering an enabling investment environment”, remarked Zhao.

The assurances by the Taliban delegation were made against the backdrop of growing concerns in China about the possibility of the East Turkestan Islamic Movement (ETIM), a proscribed terrorist outfit advocating for a separate Uyghur homeland, finding safe havens in Afghanistan once the Taliban gains further control of the insurgency-ravaged nation.

As of July, the Taliban was in control of 212 of Afganistan’s 426 districts, with the Afghan government in charge of 111 districts. The Islamic insurgents also claim to control around 90 percent of Afghanistan’s border crossings, including that with Tajikistan, Iran, Turkmenistan, and Uzbekistan.

“Wang stressed that ETIM is an international terrorist organisation designated by the UN Security Council that poses a direct threat to China’s national security and territorial integrity. Combating it is a common responsibility for the international community”, Zhao stated at the briefing.

“We hope the Afghan Taliban will make a clean break with all terrorist organisations including ETIM and resolutely and effectively combat them to remove obstacles, play a positive role, and create enabling conditions for security, stability, development, and cooperation in the region”, he added.

Taliban spokesperson Suhail Shaheen said in a series of tweets later in the day that Beijing had assured during the meeting that it won’t “interfere” in Afghanistan’s affairs and continue to “expand cooperation with the Afghan people”.

​*The Taliban is a terrorist group banned in Russia and many other nations.

Australia and Singapore Reportedly In Talks Over Setting Up ‘Travel Bubble’