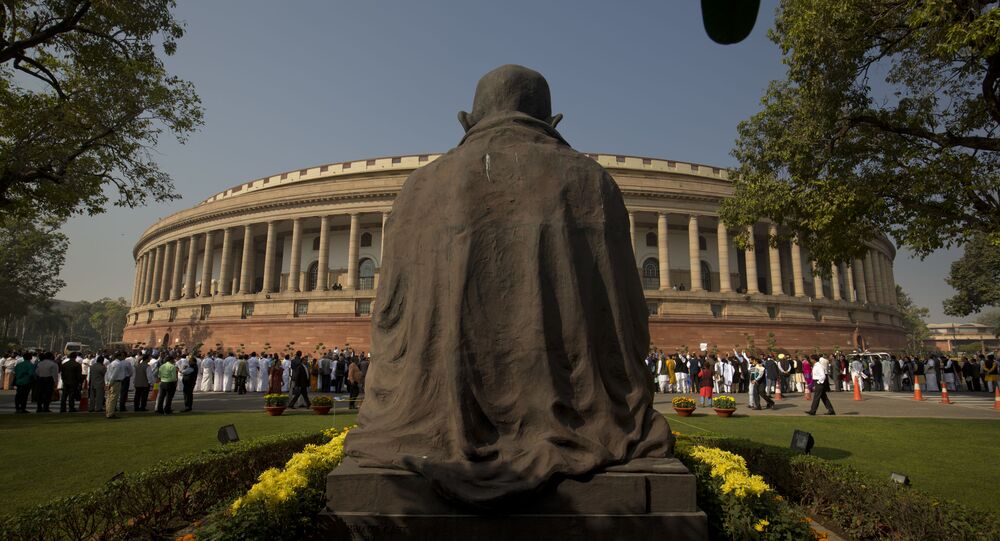 The Opposition parties in both the Houses of the Indian Parliament created an uproar on Wednesday, demanding a discussion on the allegations of the federal government using military-grade Pegasus spyware, developed and sold by the Israeli firm NSO Group, to snoop on people.

The lawmakers in the Lower House (Lok Sabha) tore papers and flung them in the air, following which the House was adjourned. Similarly, in the Upper House (Rajya Sabha) lawmakers were seen hooting and raising slogans while the leaders from the ruling Bharatiya Janata Party (BJP) rose to make a statement.

Slogans such as ‘game on’, ‘we want justice’, and ‘Modi, we will not accept your dictatorship’, were raised in regional languages on the floor of the Parliament.

Earlier in the day, leaders of 14 Opposition parties held a meeting to determine their future course of action on several issues such as the Pegasus row and the farmers’ protest.

Slamming Prime Minister Narendra Modi, his biggest rival and Congress member Rahul Gandhi said, “The Prime Minister inserted a weapon in our phones and used it to hit the soul of India’s democracy. The entire opposition is here. Our voice is being curtailed in Parliament. We are only asking if the Pegasus software was bought and if it was used against certain persons in India”.

Sitting with the entire opposition is extremely humbling. Amazing experience, wisdom and insight in everyone present.#United pic.twitter.com/w74YRuC3Ju

According to reports published by a media consortium, the ‘Pegasus’ spyware was used by a client of the Israeli firm NSO to snoop on 300 Indian phone numbers, including those of  journalists, politicians, government officials, activists, and bureaucrats.

NSO Group, which sells its product to foreign governments, has denied the involvement of the spyware in the alleged snooping. The Indian government too has denied its role in the spying row.

Hitting out at the Opposition for disrupting the proceedings of Parliament, federal sports minister Anurag Thakur said, “We condemn the way leaders of Congress and Trinamool Congress (TMC) tried to not let the House function. This is shameful for the world’s largest democracy”.

Indian PM Modi on Situation in Afghanistan: ‘Existence of Destructive Forces Not Permanent’