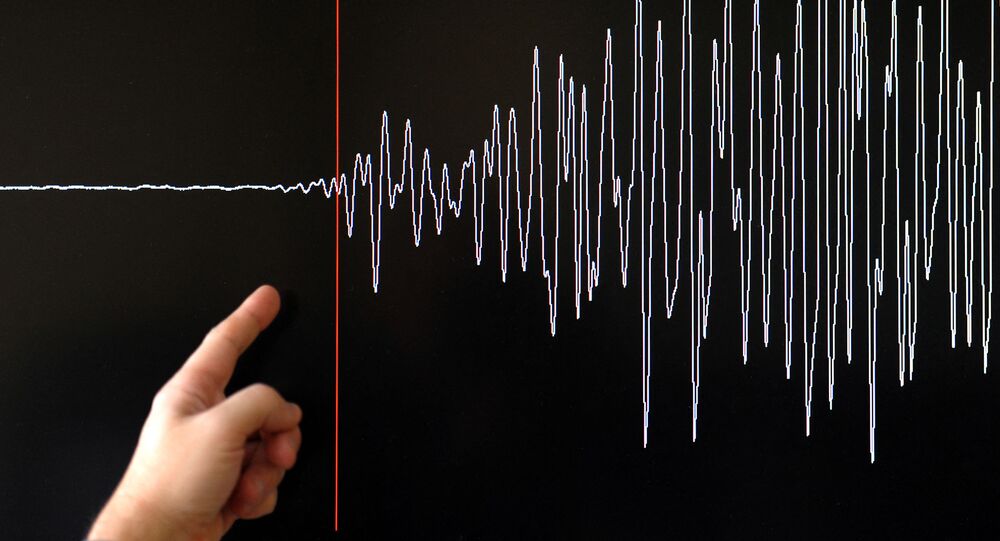 The US tsunami warning system also indicated a threat of a tsunami in the Northern Mariana Islands and Guam.

A powerful quake was registered on Thursday, 65 miles southeast of Perryville, Alaska, right offshore of the Aleutian Islands. The United States Geological Survey (USGS) confirmed that the earthquake’s magnitude was at least 7.2 but later noted that it may be much stronger, reaching up to 8.2 on the Richter scale.

A tsunami warning was issued by the authorities soon after the tremor, and authorities of several settlements in Alaska and the Aleutian islands urged people to evacuate.

“Hazardous tsunami waves for this earthquake are possible within the next three hours along some coasts,” the US Tsunami Warning System said in a statement.

Shortly thereafter, a 6.2-magnitude aftershock was registered off Alaska’s coast.

Alaska is part of the Pacific Ring of Fire, a long horseshoe-shaped seismically active belt of earthquake epicentres. The Ring of Fire is home to 75 percent of the world’s volcanoes and 90 percent of its earthquakes.

Back in 1964, Alaska was struck by a 9.2-magnitude earthquake, the strongest ever recorded in North America. The devastating quake unleashed a tsunami that hit the Gulf of Alaska, the US west coast, and Hawaii. Over 250 people were killed by the earthquake and the tsunami.