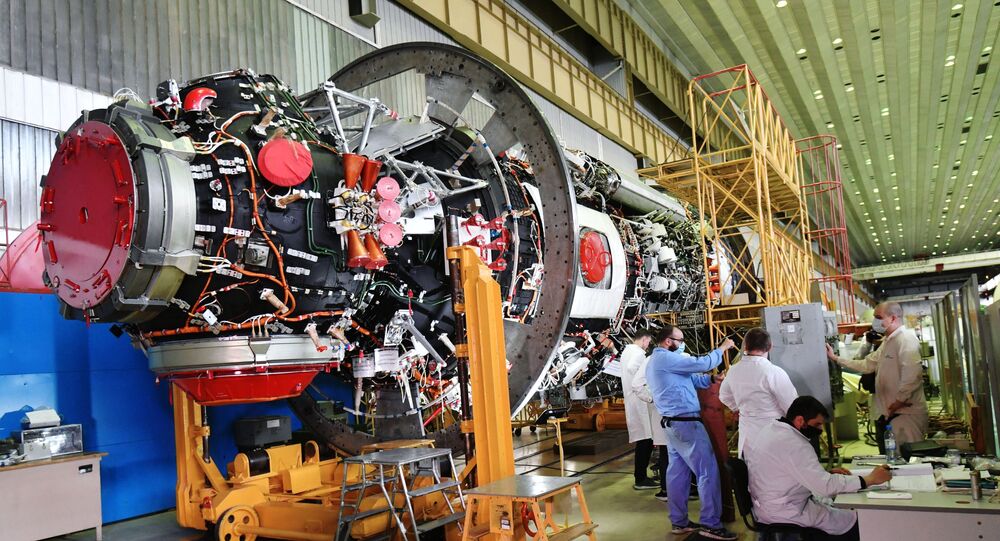 MOSCOW, (Sputnik) – Russian multifunctional laboratory module (MLM) Nauka docked to the International Space Station (ISS) on Thursday, after 14 years of waiting on the Earth and eight days of orbital flight, according to the docking broadcast, which is being conducted by Roscosmos.

Nauka automatically docked at the docking port of another Russian ISS module, Zvezda. It became the first Russian module sent to the ISS in 11 years. The previous one was the small research module Rassvet, which was sent to the station in 2010.

NASA Associate Administrator Bob Cabana has congratulated Roscosmos in a statement on Twitter.

“Congratulations [to] our Russian partners on the successful docking of their Nauka module to the Space Station, paving the way for the arrival of Starliner”, he wrote.

Cabana was speaking the day before Boeing’s Starliner was due to take off on its first unmanned mission to dock with the ISS, a task that Cabana described in the press conference as of “critical importance” to advance the Starliner program.

Stonehenge vs. Egypt’s Pyramids: Which Ancient Wonder is Older?