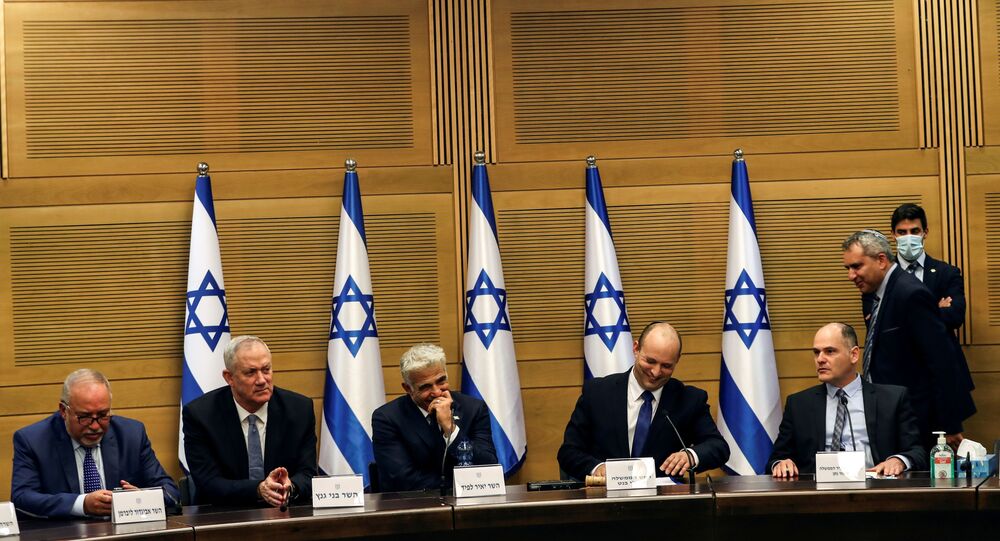 A 2020 deal involving the United Arab Emirates, Bahrain, and later Sudan and Morocco, saw Israel postpone its plans to annex parts of Area C, a region of the West Bank ruled directly by the Israeli Defense Forces (IDF). However, the many Jewish settlements that dot the West Bank are already de facto annexations, as Israeli law applies there.

The vast majority of parliamentarians in Israel’s Knesset signed a letter on Wednesday urging American ice cream maker Ben & Jerry’s to reverse their decision to end their business ventures in the West Bank and East Jerusalem.

According to the Times of Israel, members of almost every Knesset party, with the exception of the Joint List and United Arab List – two Arab factions – signed the letter. The letter was a project of Merav Ben-Ari, an MK from the centrist Yesh Atid.

The letter is addressed to Unilever, the British company that owns the Vermont-based creamery and was signed by 90 of the Knesset’s 120 members and describes the company’s move as “an immoral and regrettable decision that harms all residents of Judea and Samaria, as well as harms hundreds of Israeli workers, Jews and Arabs alike.”

​“We, the undersigned, constitute nearly all the Members of the Knesset, the Israeli House of Representatives, and hail from across the political spectrum from left to right, opposition and coalition members standing together against the shameful actions made last week by Ben & Jerry’s Homemade Holdings, to boycott selling products in Judea & Samaria,” the letter says, using the Israeli name for the territories comprising the West Bank derived from two Hebrew kingdoms that existed there nearly 3,000 years ago.

However, the next section then refers to the creamery’s move as a “decision to boycott towns and cities in Israel,” implying that the West Bank and East Jerusalem are not “occupied territories,” as the United Nations has described them, but parts of Israel itself.

After the letter was published, Yair Golan, a retired IDF major general who is presently an MK from the social-democratic Meretz party, reversed his decision, issuing a separate statement on Twitter saying, “after I signed I understood that the letter does not represent my position. Cities in Judea and Samaria are not cities in Israel.”

According to the Times of Israel, in addition to Golan, six other MKs in all walked back their signing of the letter on Wednesday, including Labor MKs Naama Lazimi, Efrat Rayten, Gilad Kariv, Ram Shefa and Emilie Moatti.

The territory called the West Bank has been many things over the last century: after it was seized from the Ottoman Empire by the British Empire at the end of World War I, the territory was part of Mandatory Palestine. London allowed increased levels of Zionist settlement on the land as part of an agreement with Zionist leaders to establish a Jewish state, even as Palestinian Arab resistance increased.

In 1947, the United Nations split the territory into Israeli and Palestinian states, but in the war that followed, Israel fought all its Arab neighbors and seized much of the territory set aside for Palestinians, with Egypt taking control of the Gaza Strip and Jordan seizing the West Bank and East Jerusalem. The Palestinian state-to-be disappeared, and with Israel refusing to allow Palestinian refugees who fled from the war to return to their homes in newly-formed Israel, hundreds of thousands of Palestinians remained in the West Bank under Jordanian rule, many of them in refugee camps.

Then, in the 1967 Six-Day War, Israel mounted a sneak attack on Jordan, Egypt and Syria in which it invaded and occupied the West Bank and East Jerusalem, as well as Gaza, the entire Sinai Peninsula, and the Golan Heights. The UN condemned these seizures and the subsequent acceleration of Zionist settlement in the territories as violations of international law. In 1981, Israel established a civilian authority to rule over the West Bank called the Coordinator of Government Activities in the Territories (COGAT), a subsidiary of the Defense Ministry, but has never made a formal attempt to annex any of the West Bank except for East Jerusalem, which it declared in 1980 when it made the city its capital. 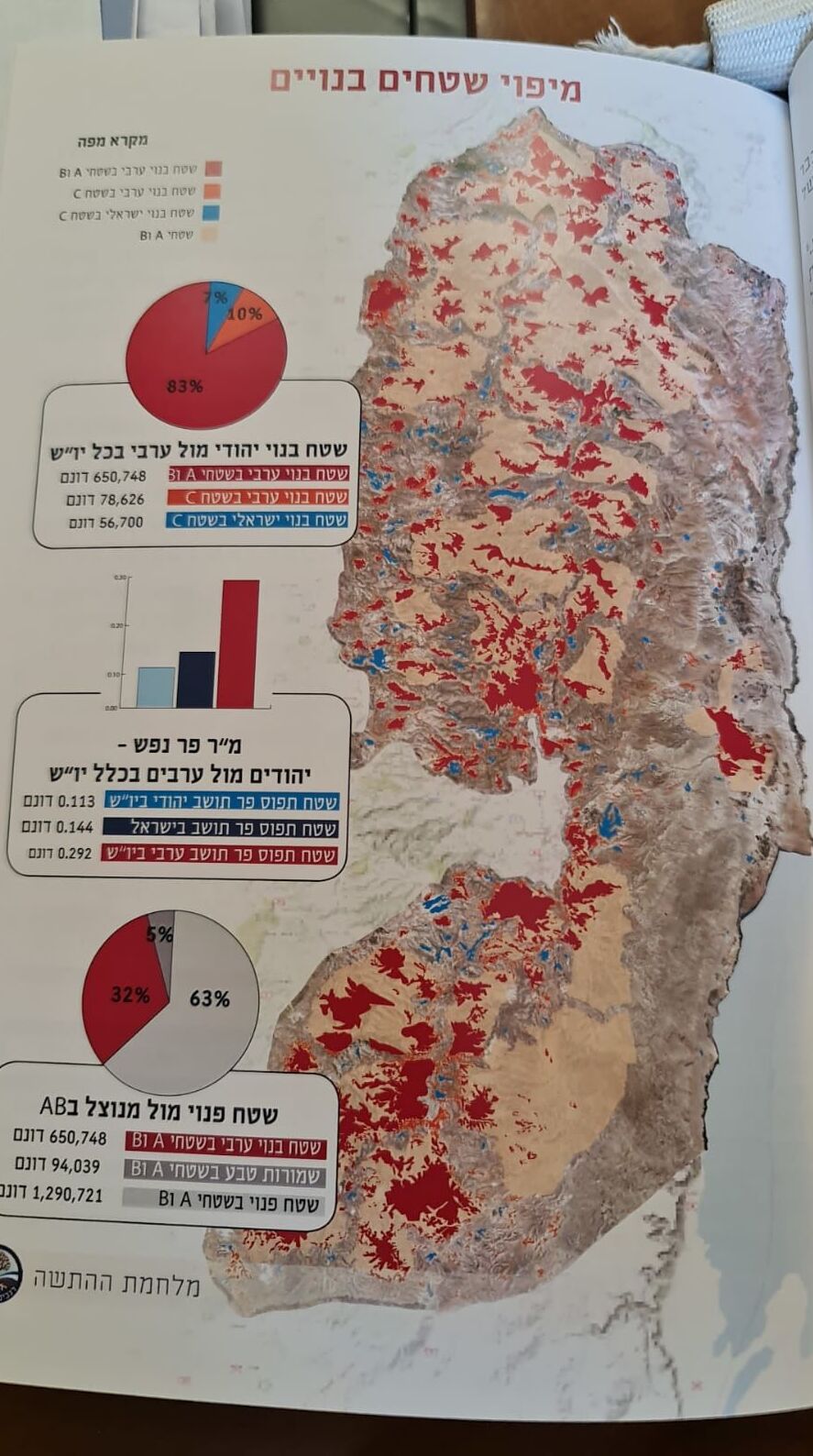 Last summer, then-Israeli Prime Minister Benjamin Netanyahu announced his intent to annex portions of the Jordan Valley, the easternmost part of the West Bank, but this was temporarily averted after the Trump administration orchestrated the so-called Abraham Accords, by which several Arab states agreed to normalize relations with Israel. The new prime minister, Naftali Bennett, took office last month and is an avid supporter of annexing what he calls Judea and Samaria. However, he has pledged not to do so as part of an agreement with left-wing and Arab parties to form a coalition government.

When Ben & Jerry’s announced on July 19 “it is inconsistent with our values for Ben & Jerry’s ice cream to be sold in the Occupied Palestinian Territory (OPT),” using the UN’s name for the West Bank and East Jerusalem, it began a storm in which Israel’s president, Isaac Herzog, denounced the decision as “terrorism” and Foreign Minister Yair Lapid called it a “shameful surrender to anti-Semitism, to [the boycott, divestment and sanctions movement], and to all that is wrong with the anti-Israel and anti-Jewish discourse.”

While the creamery has stuck to its guns, parent company Unilever reiterated it was “fully committed” to maintaining business dealings with Israel. On Wednesday, the founders of Ben & Jerry’s –  Bennett Cohen and Jerry Greenfield – penned an op-ed in the New York Times defending the decision by the company over which they have no legal control, but also clarifying what the move was and wasn’t.

“The company’s stated decision to more fully align its operations with its values is not a rejection of Israel,” the two men wrote. “It is a rejection of Israeli policy, which perpetuates an illegal occupation that is a barrier to peace and violates the basic human rights of the Palestinian people who live under the occupation. As Jewish supporters of the State of Israel, we fundamentally reject the notion that it is anti-Semitic to question the policies of the State of Israel.”

“The decision to halt sales outside Israel’s democratic borders is not a boycott of Israel. Ben & Jerry’s statement did not endorse the Boycott, Divestment and Sanctions movement,” they added, referring to the movement calling for a total refusal to buy Israeli products or products made in Israel or the UN-designated Occupied Territories.