Due to the ongoing coronavirus pandemic, several Indian Space Research Organisation (ISRO) projects have been delayed, including key programmes like Chandrayaan-3 and the ambitious manned mission Gaganyaan. However, starting next month, the agency will again take up launch activities at the Sriharikota spaceport.

The Indian government on Thursday announced that the country’s first state-of-the-art agile Earth observation satellite from geostationary orbit is scheduled for launch in the third quarter of 2021. The 2.26-tonne spacecraft will provide near real-time imaging of a large region of interest at frequent intervals. 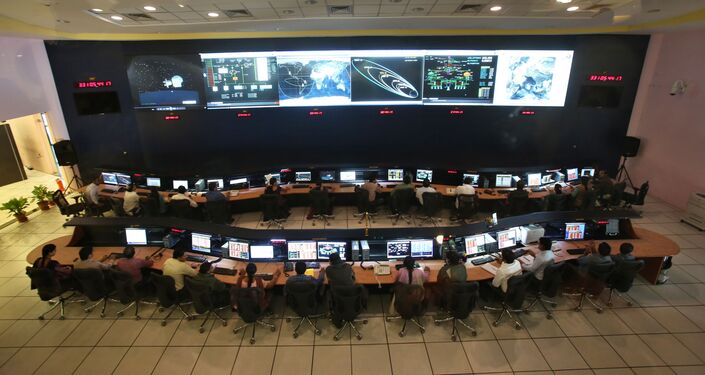 The spacecraft will be placed at Geosynchronous Transfer Orbit using the nation’s heaviest rocket, GSLV, and subsequently, the satellite will reach geostationary orbit using its onboard propulsion system. The spacecraft will transfer high-quality images from a perch of 36,297 kilometres, adding a new edge to national security as armed forces may plan sophisticated operations along the border.

ISRO has been planning to launch this satellite to geostationary orbit since 2018, but the programme was delayed due to several technical issues that cropped up during the process.

‘BJP Running the Nation for Power’: Ex-Indian State Chief Says Days After Being Released From Jail