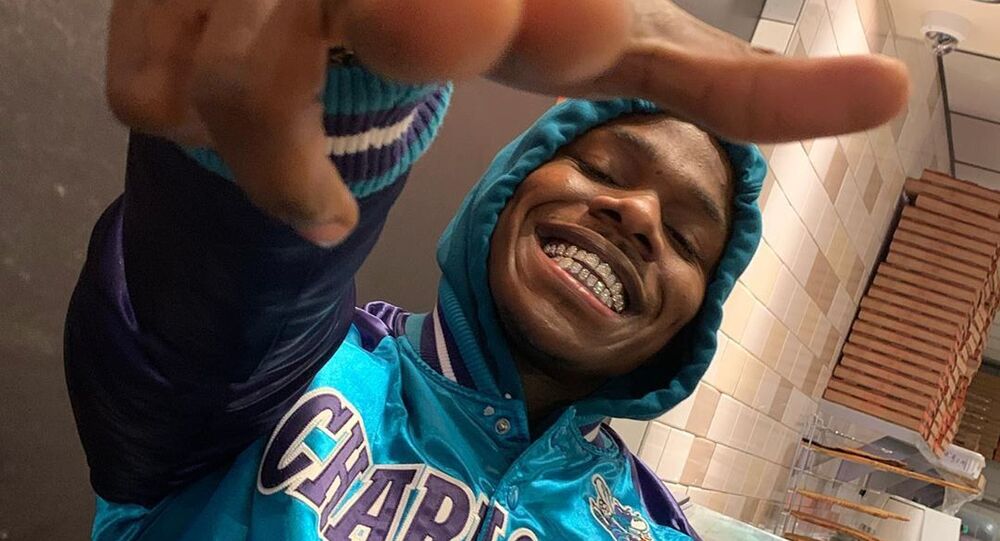 American rapper DaBaby has discovered himself in the crosshairs of social media critics and celebrity counterparts after remarks he made about HIV during one of his live shows deemed by many as “homophobic statements”.

DaBaby’s punchline about HIV and AIDS that he made at a Sunday live show prompted reactions from many, including iconic British musician Elton John and Dua Lipa, the latter DaBaby’s collaborator for the hit single “Levitating”.

Elton John responded with a Twitter tirade on HIV and AIDS, beginning with condemnation of the rapper who, according to the British singer, “fueled stigma and discrimination”, with his statements being the “opposite of what our world needs to fight the AIDS epidemic.”

“Homophobic and HIV mistruths have no place in our society and industry and as musicians, we must spread compassion and love for the most marginalised people in our communities”, John tweeted, adding that “a musician’s job is to bring people together.”

​Dua Lipa, a British singer and songwriter who worked with DaBaby on a remix for her song “Levitating”, also moved to lambast the rapper.

“I’m surprised and horrified at DaBaby’s comments. I really don’t recognize this as the person I worked with. I know my fans know where my heart lies and that I stand 100% with the LGBTQ community. We need to come together to fight the stigma and ignorance around HIV/AIDS”, the singer stated via Instagram.

DaBaby appeared to lose a collaboration with clothing brand BoohooMan, with the firm issuing a Twitter statement saying that it condemns “the use of homophobic language and confirm[s] we will no longer be working with DaBaby.”

We stand by and support the LGBTQ+ community, and do not tolerate any hate speech or discrimination in any form.

​DaBaby, however, remained adamant that he “ain’t tripping” on the LGBTQ+ community, only acknowledging that his words may have appeared “insensitive” towards those affected with HIV and AIDS.

“Anybody who done ever been effected by AIDS/HIV y’all got the right to be upset, what I said was insensitive even though I have no intentions on offending anybody. So my apologies”, he tweeted. “But the LGBT community… I ain’t trippin on y’all, do you. y’all business is y’all business.”

Anybody who done ever been effected by AIDS/HIV y’all got the right to be upset, what I said was insensitive even though I have no intentions on offending anybody. So my apologies 🙏🏾

“​Other than that y’all cheer the f**k up & be proud of who you are cuz you can’t make me feel less of myself”, the rapper continued, finishing off by promoting his own tour dates.

Earlier, the rapper outlined that his words were wrongly interpreted, and taken out of the context in a live show.

“Now show this same amount of support when a racist cop kill one of our black ass…YA NOT”, he stated.

‘Raiders of the Lost Emails’: Netizens Mock Hillary Clinton Over Her Upcoming Thriller