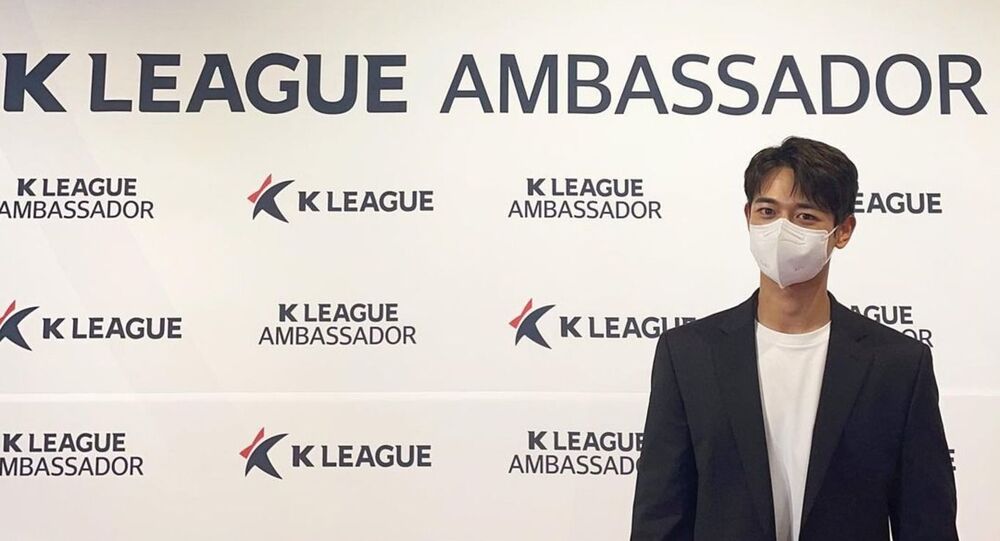 He’s got the moves, he’s got the looks, he’s got the voice, fans and superstar lifestyle… and now to crown it all, Minho, an eager enthusiast of the beautiful game, has been appointed by the Korea Professional Football Federation to the plum role of being ambassador for the professional soccer K-League.

Choi Min-ho, better known simply as Minho, joined such stellar performers on the football pitch as former international and manager of the South Korean side, Hwang Sun-hong, and former professionals Choi Yong-soo, Cho Won-hee, and Bae Seong-jae, as he took up his role as honorary ambassador of the professional soccer K-League at the Sunggok Museum of Art in Seoul on 28 July.

Minho – a member of the K-pop boy band SHINee – is known for his love of football and said at the ceremony that he is honoured to be appointed ambassador of the K-League and will actively participate in all activities.

His duties would ordinarily involve attending various official events hosted by the federation and playing a role in promoting the K-League through individual activities, but at the moment most of the activities have been suspended because of COVID-19 restrictions.

The main goal is to promote the K-League to the public in cooperation with various people, such as coaches, players, popular singers, and broadcasters.

SHINee’s official Twitter account also shared a photo of the new 29-year-old ambassador and congratulated him on his appointment.

​Minho himself shared his exciting news with Shawols (the official name for SHINee fans):

Minho debuted in 2008 as a member of K-Pop boy band SHINee and has attracted huge popularity throughout his career. He is well-known to fans as a passionate sports addict and usually participates in sports events and championships among celebrities. His father is a professional football trainer.