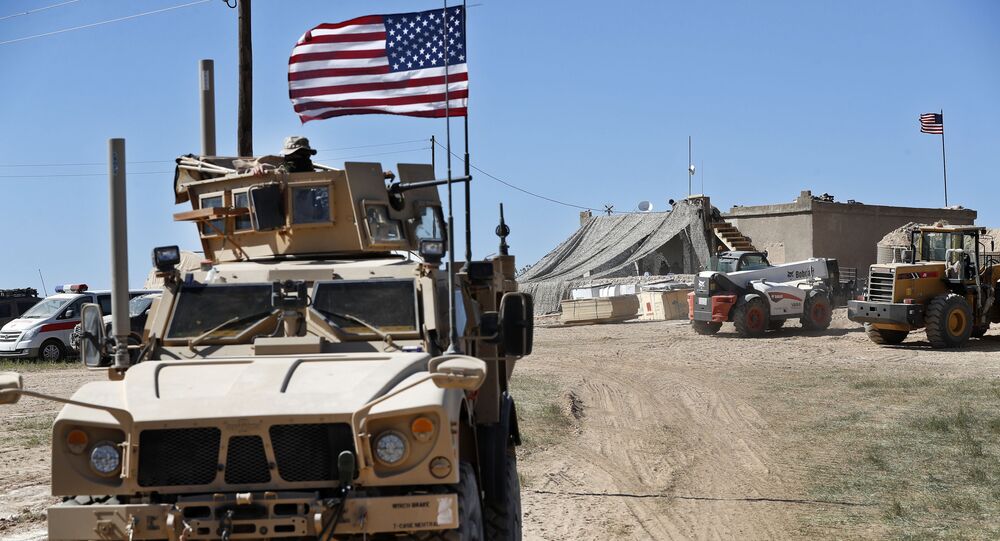 The United States and its Syrian Kurdish allies took control of wide swathes of eastern Syria in 2017. The area contains the vast majority of the country’s oil and gas reserves, as well as major food-producing regions. Damascus has repeatedly demanded that all foreign forces not explicitly invited into the country by the Syrian government get out.

The White House has no plans to withdraw US forces illegally stationed in Syria due to threat posed by the Daesh (ISIS)* terrorist group, administration and military officials have told Politico.

“I don’t anticipate any changes right now to the mission or the footprint in Syria,” a senior administration official said.

“In Syria, we’re supporting Syrian Democratic Forces in their fight against ISIS. That’s been quite successful, and that’s something that we’ll continue,” the official added, referring to the SDF – a collection of mostly-Syrian Kurdish militias which have de-facto administrative control over much of eastern Syria for several years.

A defence official told the outlet that the US hasn’t been carrying out combat patrols in Syria ‘for over a year,’ with US troops said to be providing ‘support from afar’, including via air support, and “not kicking in doors, apprehending, the enemy, etc.”

The administration official said there are about 900 troops, including Green Beret special forces, in Syria at the moment.