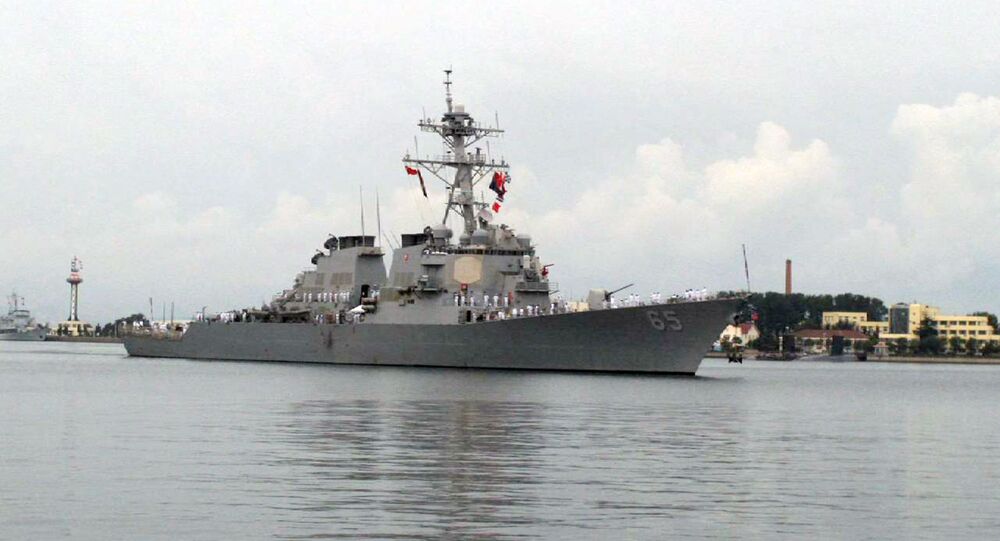 WASHINGTON (Sputnik) – A US guided missile destroyer transited the Taiwan Strait in accordance with international law, the US 7th Fleet announced on Wednesday.

The US Navy said the transit demonstrates the United States’ commitment to a free and open Indo-Pacific region and will continue to operate anywhere international law allows it to do so.

Chinese military denounced the transit of another Arleigh Burke-class destroyer, the USS Curtis Wilbur, through the Taiwan Strait in June. A spokesperson for the Chinese military’s Eastern Theater Command, Zhang Chunhui, at the time suggested that the action deliberately undermined regional security while simultaneously damaging peace and stability.

The Benfold conducted what the US government described as a freedom of navigation operation in the South China Sea earlier in July. Beijing responded by accusing the United States of trespassing.

US Deputy Secretary of State Wendy Sherman, during earlier meetings with Chinese officials, including Foreign Minister and State Councilor Wang Yi, raised concerns about Beijing’s position on the Taiwan Strait.

Indonesia Recovers Debris Believed to be From Missing Submarine