A co-author of the new study said that carbonate minerals are “very stable and can certainly lock up CO2 from the atmosphere into solid mineral forms that could result in negative emissions.”

Researchers at the University of Cambridge and the Nanyang Techological University in Singapore have established that at so-called subduction zones – areas where tectonic plates collide – a lot more carbon that gets drawn into Earth’s depths at these points ends up staying below the surface for longer than previously thought.

The new study postulates that “only about a third of the carbon recycled beneath volcanic chains returns to the surface via recycling,” as SciTechDaily puts it.

As the media outlet points out, scientists thought that much of the carbon that gets channeled into our planets interior at subduction zones – in the form of seashells of microorganisms that “have locked atmospheric CO2,” for example – ends up getting expelled back into the atmosphere via volcanic emissions. 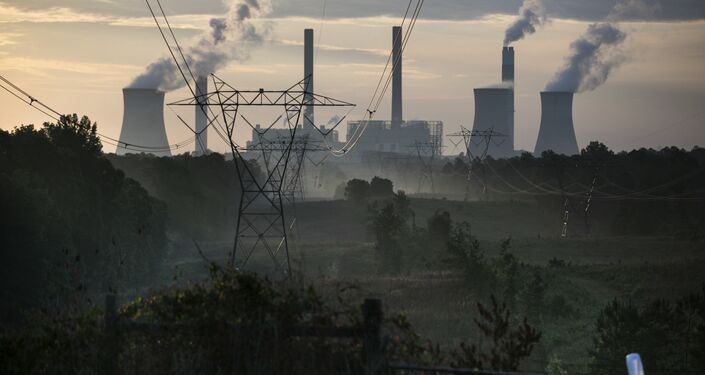 However, the new study shows “that chemical reactions taking place in [carbonate] rocks swallowed up at subduction zones” result in carbon being trapped and sent deeper into the bowels of the Earth, therefore preventing some from returning to the surface.

Simon Redfern, dean of the College of Science at NTU Singapore and co-author of the study, said the results show that carbonate minerals are “very stable and can certainly lock up CO2 from the atmosphere into solid mineral forms that could result in negative emissions.”

“These results will also help us understand better ways to lock carbon into the solid Earth, out of the atmosphere. If we can accelerate this process faster than nature handles it, it could prove a route to help solve the climate crisis,” he added.