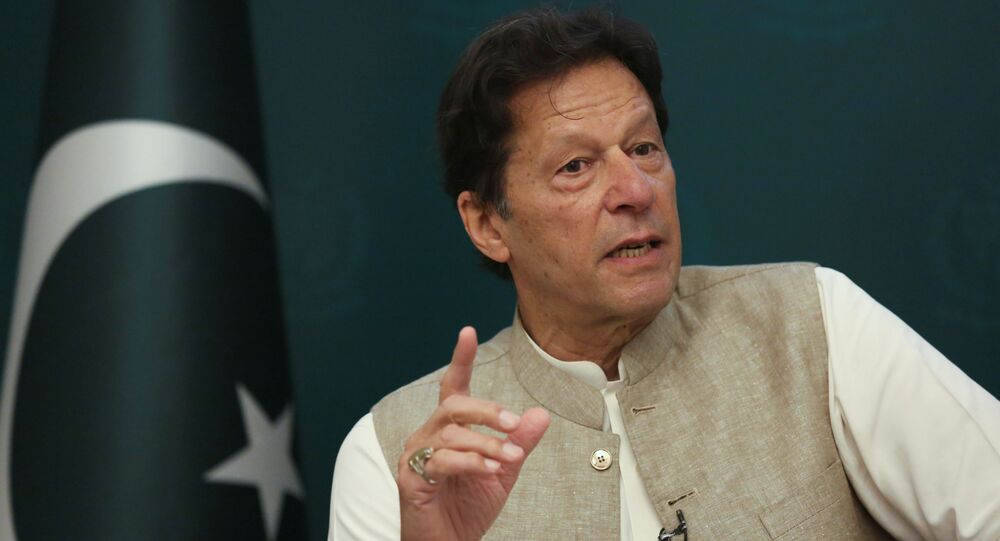 On 21 June, Pakistan’s Prime Minister Imran Khan made waves by saying that men, unlike robots, will be affected by what a woman is wearing. He said it during an interview with US-based news publication Axios while talking about the issue of spike in rape cases in his country.

Pakistan’s Prime Minister Imran Khan has stated that in each rape case only and solely the rapist is at fault, regardless of what a woman is wearing.

Clarifying that he never blamed rape victims for inviting the crime, Prime Minister Khan said his statements from last month’s interview were quoted out of context.

“The person who commits rape is fully responsible for the crime, the victim is never responsible,” the 68-year-old former cricket star-turned-politician told PBS NewsHour.

​Khan has frequently put himself into the spotlight for giving questionable remarks around the subject of rape cases. Most recently the prime minister landed in hot water by highlighting the role of the victim’s clothes.

“World history tells when you increase fahashi (vulgarity) in society, two things happen: sex crimes increase and the family system breaks down. This entire concept of pardah (covering up) is to avoid temptation,” the Pakistan Prime Minister had stated in April while being questioned about checking the escalating number of rapes in his country.

Following his statement at the time, his former wife Jemima Goldsmith tweeted lines from the holy book of Islam, The Quaran, to slam her ex-husband’s remarks on how women’s “vulgar” dressing entices men to rape them leading to a rise in such cases.

“Say to the believing men that they restrain their eyes and guard their private parts.” Quran 24:31

The onus is on men. https://t.co/StkKE3HIPM

​With at least 11 rape cases reported per day, Pakistan has recorded over 22,000 rapes between 2014 and 2020. The numbers were released by the Police, Law, and Justice Commission of Pakistan in November 2020.

Indian Parents Say No to Schools Ahead of Next Academic Session amid Second COVID-19 Wave: Survey