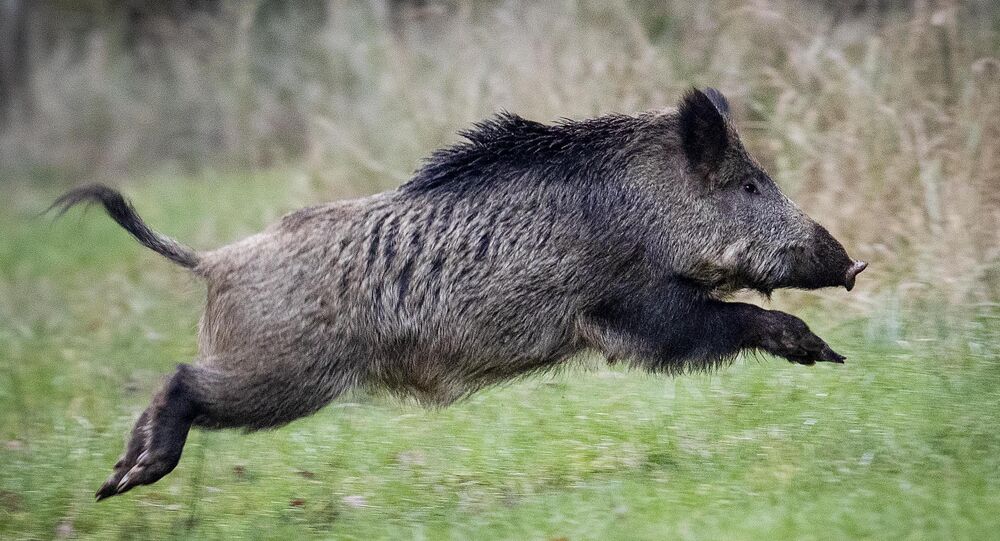 The scene of the chase has since become an inspiration for a plastic figurine set which is now being sold by a model railway company.

Adele Landauer, actor and charismatic coach whose picture snapped last year of a naked man in hot pursuit of a wild boar by a lake in Berlin went viral, has recently complained that others are using that scene to make money, The Guardian reports.

According to the newspaper, the episode caught on camera by Adele involved a wild boar stealing the man’s bag containing a laptop (probably in the belief that the bag contained food) and sprinting away with her two shoats (the term for baby boars) in tow and the bag’s naked owner not far behind.

That scene has now apparently been “adapted into a plastic figurine set” that costs about 14 euros ($16.50) and is being sold by a model railway company “as an embellishment for the landscape of a model railway set”.

“I had a huge amount of work because of that picture, but financially I got nothing from it,” Landauer told German tabloid newspaper Bild. “I don’t like the fact that others are now earning money from it without asking me.”

The Guardian also notes that Landauer mentioned she might take legal action against the company.

A spokesman for Busch, the company responsible for the plastic set in question, said that “sales are going well”.