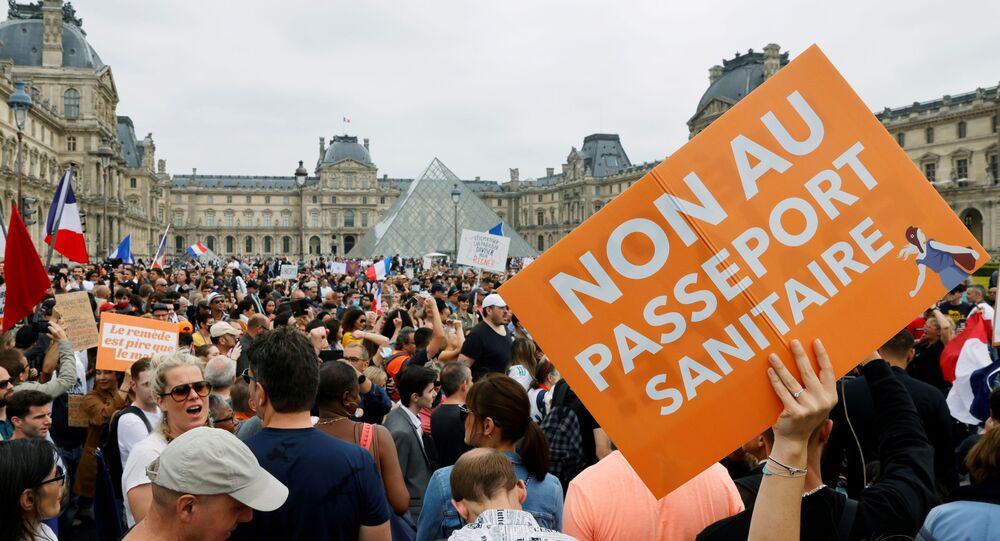 MOSCOW (Sputnik) – French President Emmanuel Macron’s legal team has filed a complaint against the activist who photoshopped the head of state’s face into a picture of Adolf Hitler in protest of the government’s COVID-19 vaccination policy, the BFM TV broadcaster reported on Wednesday.

The posters, showing moustachioed Macron dressed as the Nazi dictator, were seen on the streets of Toulon and La Seyne-sur-Mer during protests against compulsory COVID-19 vaccination for certain professions and the extension of the health pass to bars, restaurants, leisure and cultural venues all over France. The photomontage also had “Obey, get vaccinated” written on it.

Earlier this month, Toulon prosecutors launched a criminal case into the incident.

Legal proceedings have been initiated against Michel-Ange Flori, who is now reportedly charged with defamatory libel.

French Military Claims ‘a Civil War is Brewing’ in France