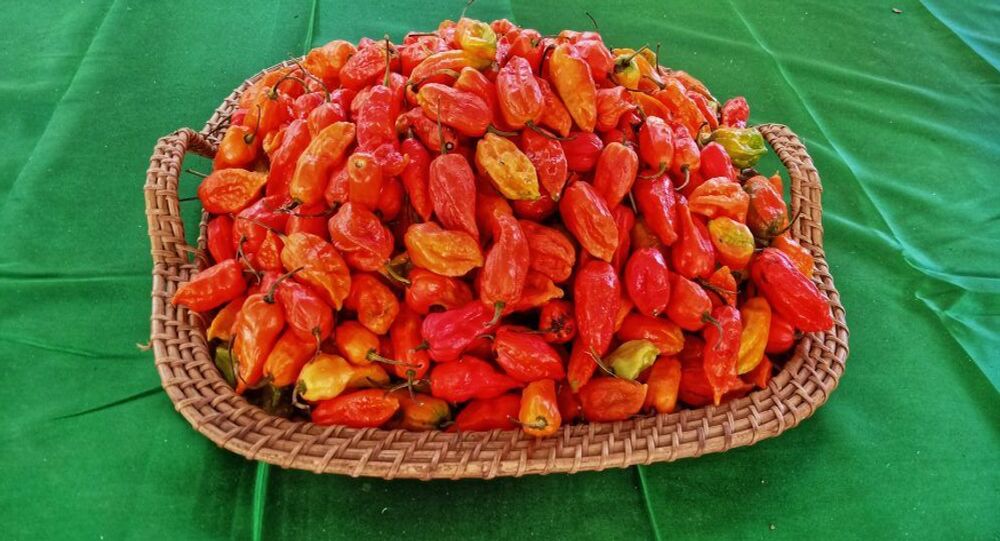 Described by many as the world’s spiciest pepper, the Raja Chilli (King Chilli) – also known as Bhoot Jolokia (Ghost pepper) – is grown widely in India’s north-eastern state of Nagaland. It is twice as hot as the Mexican red savina and the habanero pepper, and three times spicier than cayenne.

London’s lip-smacking cuisine should be getting a bit spiced up now that the world’s hottest pepper – the Raja Chilli (King Chilli), which is also known as Bhoot Jolokia (Ghost pepper) – from India’s north-eastern region has been exported for the first time, giving a shot in the arm to the shipment of Geographical indication (GI) products.

From curries and sauces to hot wings, the popularity of spicy dishes abroad has led to a rise in the demand for dried chillies in the European and UK markets. Now that the King Chilli will be available in London, diners will be able to enjoy the heady sensation that comes with biting into its fiery, eye-watering flesh and should satisfy the cravings of even the most peppery chilli enthusiast and tickle their taste buds.

Grown in India, King Chilli regularly appears in the top 10 on the list of the world’s hottest chilies based on the Scoville Heat Units (SHUs). Though King Chilli got its GI certification in 2008, exporting it posed a challenge because it is highly perishable.

So far in 2021, APEDA has enabled the exports of Jackfruits from Tripura to London and Germany, Assam Lemon to London, red rice of Assam to the United States and Leteku ‘Burmese Grape’ to Dubai.

Watch Footage From Scene of Explosion Near Israeli Embassy in Delhi

Kumbh: Crowds Gather for Holy Dip in Ganges Despite Over 300,000 Daily Covid Cases in India – Video

‘Unprecedented’, Say Environmentalists After Lightning Kills 27 In One Day In India’s West Bengal