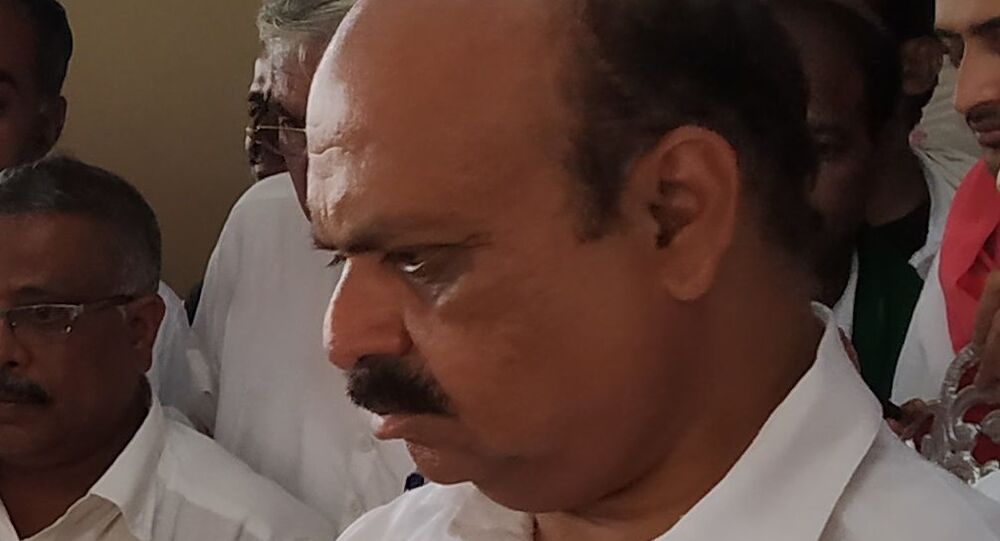 Basavaraj Bommai replaced Bookanakere Siddalingappa Yediyurappa as state chief of Karnataka. Four-time state chief Yediyurappa is the most popular leader in the state across the party line, and filling his shoes will be no easy task for 61-year-old Bommai.

Basavaraj Bommai is all set to be sworn in as Karnataka’s 23rd state chief on Wednesday after which he will appoint his cabinet.

​Bommai was previously home and law minister in the outgoing state cabinet and has been a politician for five terms, two of which were spent in the state legislative council. Bommai is the son of former Karnataka state chief Somappa Rayappa Bommai who died in 2007.

According to Bommai, he joined the Bharatiya Janata Party (BJP) in 2008 at the behest of outgoing state chief Bookanakere Siddalingappa Yediyurappa, who resigned on Monday after a group of BJP politicians rebelled against him.

Soon after his appointment, Bommai said: “I have the blessing of BSY [the nickname by which Yediyurappa is known]. Finishing the projects BSY started is my priority and there was unanimous agreement when Yediyurappa proposed my name.”

After the decision was made, state political analyst and pro-vice chancellor of Karnataka’s Jain University, Sandeep Shastri, told Sputnik: “With 40 years of experience in state politics, BSY never needed BJP’s central leadership support in the state either during the election campaign or in any decision making – his name was enough. But now starts the real task for the BJP, to retain its electoral base in Karnataka as well as expanding into other southern Indian states.”

Speaking about BSY’s resignation, Shastri added: “He was about 75 when he was sworn in as state chief for his third term in 2018. BSY was aware that he had to resign in the middle of his tenure.”

“With state elections two years later in 2023, the decision to replace him with a fresh face is a good political move because Yediyurappa cannot lead the party into another election. So, this is the right time for a change as the new leader can prepare the party for the state election, which is followed by national elections in 2024.”

Yediyurappa, who is now 78, joined the Hindu nationalist party and forebear of the Bharatiya Janata party, Rashtriya Swayamsevak Sangh (RSS), in 1970 and built up the BJP in the state from scratch. He was first elected state chief in 2007 – a position he held for seven days. In 2008, he was elected for the second time as chief but had to resign in 2011, because of corruption charges. At that time, he also resigned from the BJP and formed a party of his own — Karnataka Janata Paksha (KJP).

The KJP inflicted massive damage on the BJP in the 2013 assembly elections, with the BJP receiving its worst results since the 1994 state polls.

In 2014, after a series of meetings between the BJP’s leaders and Yediyurappa, the popular politician, who is a member of the Sadra Lingayat community, agreed to merge his party with the BJP.

“In all his four terms in power, BSY never completed a full five-year term, which tells us that BJP leaders within the state were never supportive of him. But he is a mass leader: during the election, people voted for the BJP because of BSY,” Devendra Shukla, a political analyst, told Sputnik.

“It was Yediyurappa’s hard work which helped BJP to become a national party with an footprint in south India. Hence, the next state chief (Bommai) needs to have a good relationship with BSY,” Shukla stressed.

Explaining how Lingayats played a vital role for BJP in the state, Shukla said: “The BJP achieved its best-ever performance in Karnataka in the 2019 elections, winning 25 out of the 28 parliamentary seats. Although the party had high levels of support among Hindus, it was an overwhelming 87 percent among Lingayats and that was largely BSY’s doing,” Shukla said.

Fortunately, Bommai is also from the Lingayat community.

Even though there was speculation that the BJP might choose the leader from a different upper caste community, the idea died with Bommai’s appointment.

In 2011, when BSY resigned, BJP experimented with Sadananda Gowda, a Vokkaliga community leader, “but it didn’t work,” Shastri added.

Vokkaligas, another upper-caste Hindu community, comprise 15 percent of Karnataka’s population, but the community is inclined towards Congress and regional party Janata Dal (Secular).

Karnataka: A Key To Other Southern States

Karnataka is the only southern Indian state where the BJP is comfortably ruling: out of the 224-member state legislature, BJP has 120 members, whereas Congress, the main opposition party, has 68 legislators.

Apart from Karnataka, in the past the BJP has managed to be part of the ruling alliance in southern states only three times — Telangana (2014 to 2019), Andhra Pradesh (1999-2004) and Union Territory Puducherry (2021- currently ruling).