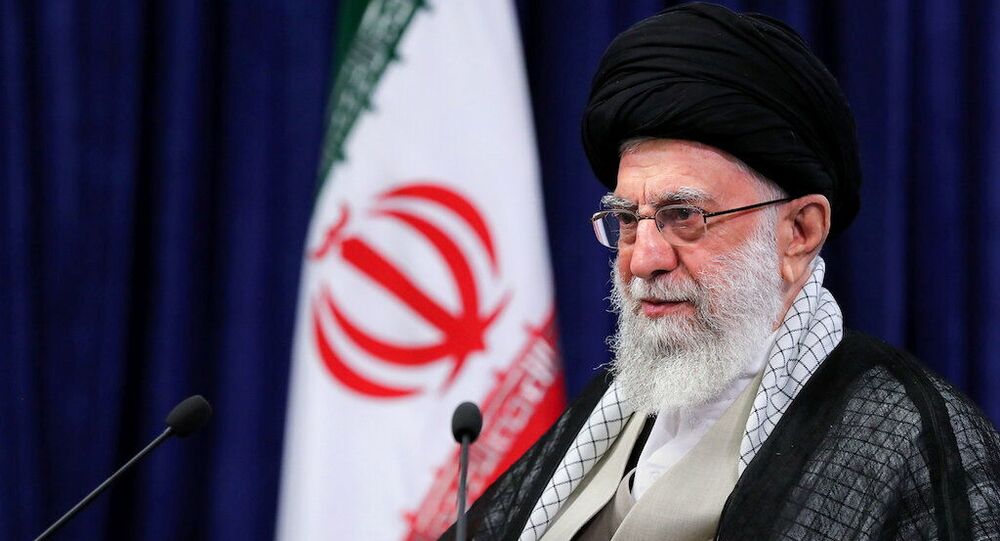 Iran and the US have been holding indirect talks in Vienna since April, negotiating a return to the 2015 Iran Nuclear deal. Earlier this month, Iran’s deputy foreign minister said stalled negotiations will not resume until President-elect Ebrahim Raisi takes office as president on 5 August.

Iran’s supreme leader Ayatollah Ali Khamenei denounced the “obstinate stance” of American negotiators as he weighed in on the stalled Vienna talks on a revival of the 2015 nuclear deal.

According to Khamenei, Washington has conditioned its return to the Joint Comprehensive Plan of Action (JCPOA), torpedoed by ex-President Donald Trump in 2018, on including “a sentence … that (says) some issues be talked about in the future, or we will have no agreement”.

“With that sentence, they want to have an excuse for their next meddlings with the (deal) itself — missiles and regional issues. If Iran refuses to discuss them, they will say that you have violated the agreement and the agreement is over,” his official website quoted him as saying.

‘Trusting the West Does Not Work’

Khamenei was meeting met with outgoing President Hassan Rouhani and the members of the 12th Cabinet on Wednesday. Iran’s supreme leader also underscored that the United States had failed to guarantee that it would never abandon the pact again.

“The Americans acted completely cowardly and maliciously. They once violated the nuclear deal at no cost by exiting it. Now they explicitly say that they cannot give guarantees that it would not happen again,” state TV quoted Ayatollah Ali Khamenei as saying.

The 2015 nuclear deal with major powers was seen as a signature diplomatic achievement of Rouhani.
Signed by Iran, China, France, Germany, Russia, the United Kingdom, United States, and the European Union, it stipulated the removal of international sanctions from Tehran in exchange for it scaling down its nuclear programme.