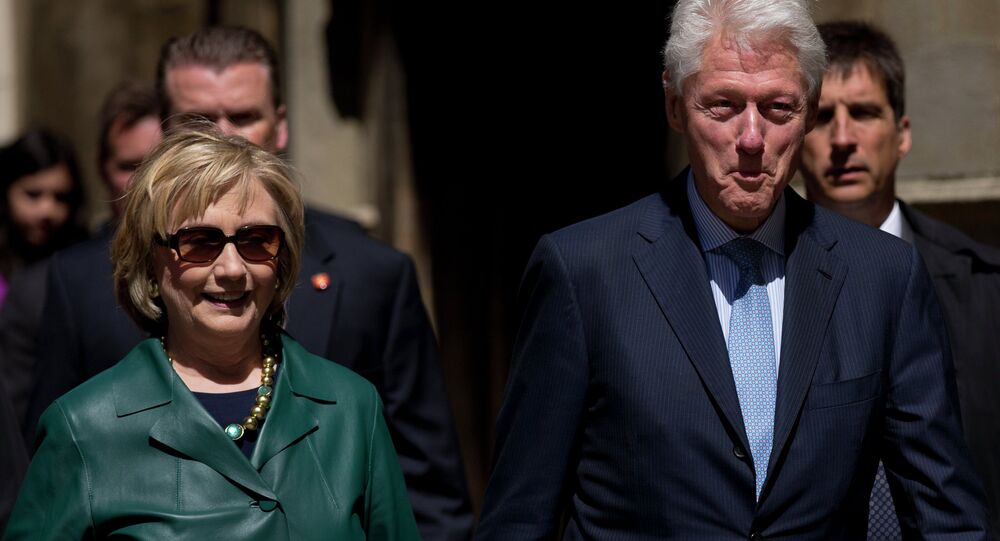 Although the DoJ and FBI are actively chasing Donald Trump’s supporters, they have never demonstrated a similar hardball approach when it came to the Clintons and other establishment politicians, says Wall Street analyst Charles Ortel, who has investigated the Clinton Foundation’s alleged fraud for several years.

On 20 July, Thomas J. Barrack, a billionaire businessman and longtime friend to former president Donald Trump, was arrested in Los Angeles being charged with illegal lobbying for the United Arab Emirates (UAE) between April 2016 and April 2018. The indictment also charged Barrack with “obstruction of justice and making multiple false statements during a 20 June 2019 interview with federal law enforcement agents.” The businessman pleaded not guilty on 26 July.

Barrack is the second Trump ally to be arrested this month. Previously, the Trump Organisation and CFO Allen Weisselberg were charged with 15 counts relating to an alleged tax fraud scheme on 1 July. Like Barrack, Weisselberg pleaded not guilty.

The recent arrests show that the anti-Trump “resistance” campaign launched in 2015 never ended, according to Charles Ortel, a Wall Street analyst and investigative journalist. The DoJ and FBI were quick to indict and detain many of the former president’s loyalists; however, when it came to prominent establishment figures, like the Clintons or their associates, the US justice machine appeared to be completely out of whack, he believes.

“My working theory is that globalists have had an excellent thing going ever since 1989,” Ortel says. “Multilateral aid organisations and false-front, ‘leaky’ charities are not regulated, so they serve as prime conduits to pay off corrupt national government officials, to pad operating budgets of clandestine agencies, to launder dirty money and to subsidise champagne and caviar lifestyles that co-conspirators could never afford from legitimately earned income.”

Ortel, who has been investigating the Clinton Foundation’s alleged fraud for several years, presumes that Trump and his allies “pose existential threats to globalists who are pulling strings at crooked foundations” as Team Trump may, potentially, return to the helm of the country and strip the establishment of many powers.

It’s Time to Stop Talking About Defunding US Police, Start Funding It in Much Better Way, Prof Says