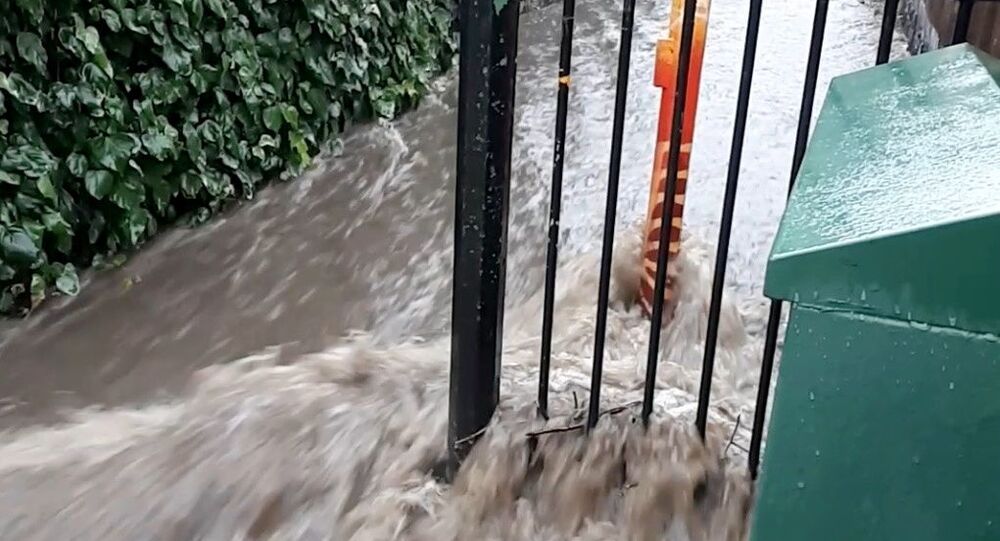 LONDON (Sputnik) – The Whipps Cross Hospital in east London was still experiencing “operational issues” on Monday after the deluge of rain that fell on Sunday in large areas of the capital city flooded the basement, causing damage to the electrical system and a loss of power.

“We are continuing to experience operational issues at Whipps Cross Hospital due to the heavy rainfall yesterday,” a spokesperson for Barts Health National Health Service Trust said.

Tweeting on the trust’s social media account, the spokesperson confirmed that all planned surgery and outpatient appointments for Monday had been cancelled, and ambulances were being diverted, while the staff was working to clean up affected areas.

Newham Hospital, also in east London, had urged people to seek urgent medical care in other hospitals, but a few hours later emergency services were reopened.

“Thanks to the hard work of staff, our A&E department is now back up and running as normal, and we’re here for you if you have an emergency,” the hospital management tweeted.

Streets, homes and some underground stations also felt the effects of the rainfall on Sunday evening, when St James’s Park, in central London, saw 41.6mm (1.6 inch) of rain in less than four hours.

The London Fire Brigade said it had taken more than 1,000 flooding-related calls across London, but no victims were reported so far.

“My thoughts are with everyone affected by the flooding in London and the South East. A huge thank you to the emergency services and volunteers helping families and businesses through this difficult time,” UK Prime Minister Boris Johnson wrote on Twitter.

The UK Meteorological Office has issued further warnings over rain and thunderstorms in England and Scotland over the next four days.

Ghislaine to the Rescue: Maxwell ‘to Give Evidence’ in Prince Andrew’s Legal Battle Against Giuffre