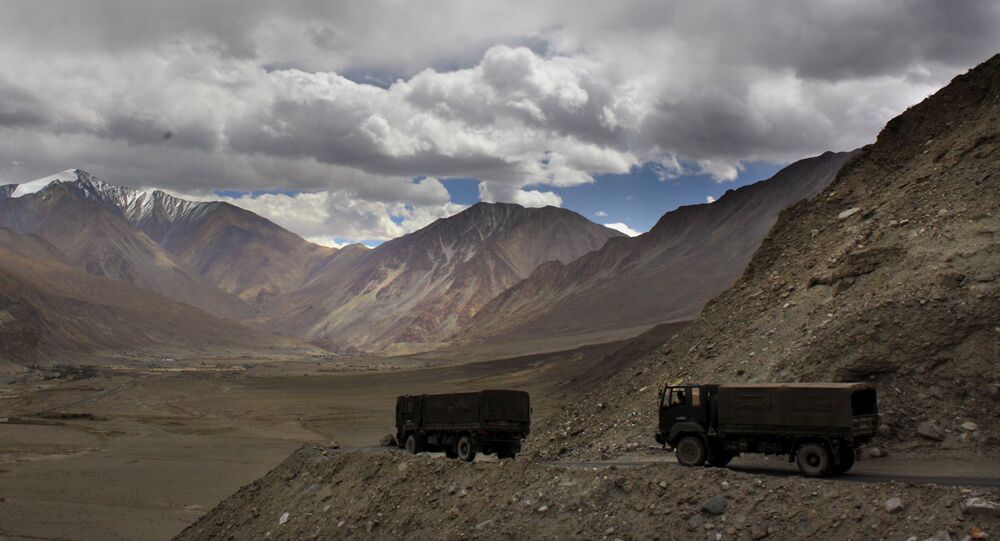 India and China have engaged in face-offs and skirmishes along the Sino-Indian border since May 2020. The Government of India has been denying fresh invasion but media reports suggest that the Chinese continue to violate Indian borders.

Rahul Gandhi, the former chief of India’s main opposition party Congress, on Monday slammed the Narendra Modi government over its handling of the illegal entry of Chinese people into the Indian side of Demchok sector in eastern Ladakh.

Taking to Twitter, the key Congress leader remarked: “GOI is clueless on how to handle China. Ignoring their actions now will cause huge problems in the future”.

​Media reports quoting the Indian government officials claim that the Chinese have erected tents on the Indian side of the Charding Nala in Demchok.

However, the officials described the people occupying these tents as “so-called civilians”, and said that even though India has been asking them to go back, “their presence remains”.

The Congress leader’s concern is timely as the 12th round of Corps Commander-level talks proposed by China for Monday have been postponed by India for a few days.

India deferred the dialogue as it observes 26 July as “Kargil Day” to commemorate the victory over Pakistan in 1999. Now, the deliberations are likely to take place in the first week of August.

The latest Corps Commander-level discussions over the disengagement and eventual de-escalation in eastern Ladakh were held in April this year.

During the meetings of the India-China joint working groups in 1990s, both sides agreed that Demchok and Trig Heights were disputed points on the Line of Actual Control (LAC).

The clash between Indian and Chinese soldiers in June 2020 in the Galwan Valley was the first fatal confrontation between the two sides since the 1970s. It left 20 Indian troopers and five Chinese soldiers dead.

India acknowledged its deaths but China did not initially comment on reports that it also suffered fatalities.

In August 2020, India accused China of provoking military tensions at the border twice within a week. However, China denied both claims and blamed India for the stand-off.

The foreign ministers of both countries met in Dushanbe, the capital city of Tajikistan, this year in July. After the meeting, Chinese Foreign Minister Wang Yi reiterated Beijing’s contention that the Chinese side wasn’t responsible for the standoff – contrary to the position taken by the Indian side.

After Bill Gates Says ‘No’ to Tech Transfer, His Philanthropy Organisation Sings a Different Tune