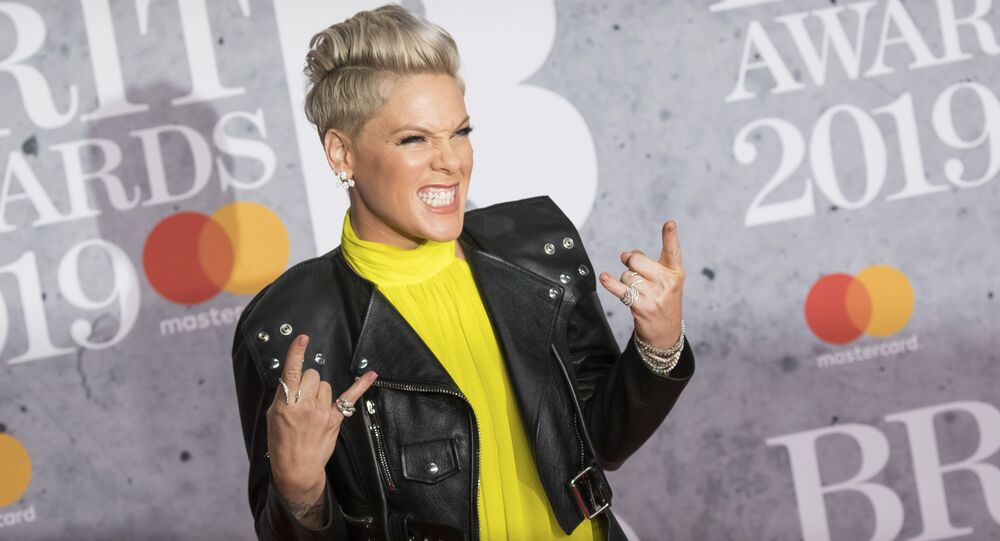 The singer also argued that the European Handball Federation should be “fined for sexism”.

American singer Pink has voiced her appreciation of the actions of Norway’s female beach handball team, which opted to wear shorts instead of bikini bottoms during a recent European championship match in Bulgaria and was fined for it.

The fine amounted to 1,500 euros (150 euros per player), with the European Handball Federation (EHF) saying in a statement that its disciplinary commission had dealt with “a case of improper clothing” in the bronze medal match between Norway and Spain – which the Spanish team won.

The EHF also stated that the shorts were “not according to the Athlete Uniform Regulations defined in the IHF Beach Handball Rules of the Game”, with Reuters pointing out that, as per the current Beach Handball’s rules, women are supposed to wear bikini tops and bottoms while men should wear tank tops and shorts.

In response, Pink tweeted that she is “very proud of the Norwegian female beach handball team for protesting the very sexist rules about their ‘uniform’.”

“The European handball federation should be fined for sexism,” the singer wrote. “Good on ya, ladies. I’ll be happy to pay your fines for you. Keep it up.”

You continue to be the coolest person ever ❤️

Bravo!!! I was thinking about that yesterday! Why there should be a difference between men and women’s uniform? Why do women have to go out with so little clothes on them!!??

Awesome! Thank you for standing up for what’s RIGHT ! ❤️❤️

‘Is This Serious?’ Chuckles as Media Claims Prince Edward Could Be Sent to Scotland to ‘Save Union’