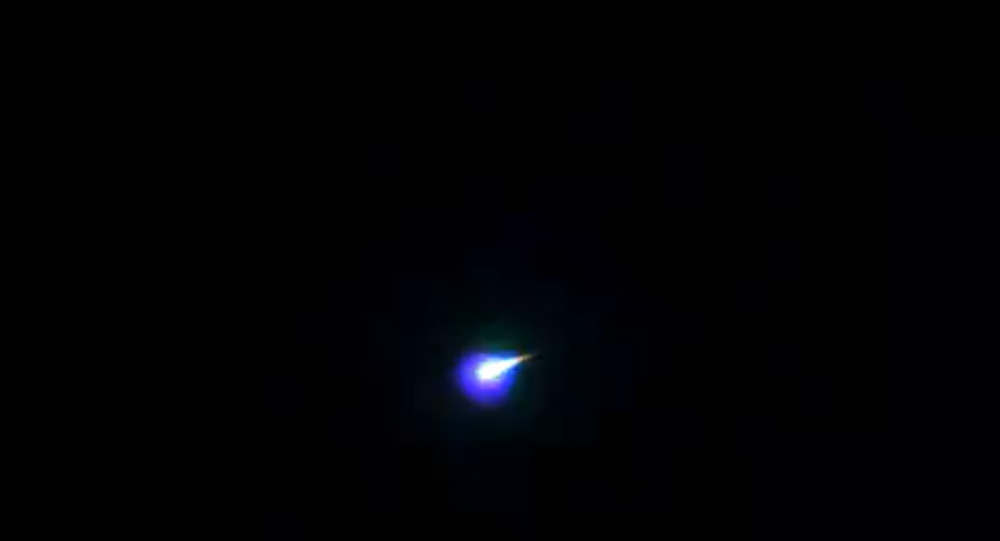 Racing toward the Earth, the meteor created a powerful shockwave that blew open doors and hatches. No damage or injuries were reported, however.

A bright light that was most likely a large meteor was seen and heard roaring towards the ground across swaths of Sweden and Norway this past weekend.

There were even some reports of loud bangs, but no people have been reported injured, Norwegian broadcaster NRK reported.

The Norwegian police said they received a flurry of alarms about the phenomenon in the sky.

​According to the Norwegian Meteor Network (NMN), the meteor appeared after 1 o’clock in the night toward 25 July and was visible for roughly 5 seconds. Vegard Lundby of the NMN said that the meteorite was visible 600 kilometres away.

The meteor created a powerful shock wave that many felt. Doors and hatches were blown open, but no major damage has been reported beyond a broken window. The shock wave was detected by seismic stations as the meteorite hit the ground, making it possible to determine the position independently of video observations. The meteor plunged into a forest some 60 kilometres from Oslo.

​“My wife and I heard a loud noise and saw two powerful flashes of light. It is definitely a large meteor that has come in over Eastern Norway. This is a big thing”, Morten Bilet of the Norwegian Meteor Network told the newspaper Verdens Gang. “It is a large meteor, and this is rare”, he continued.

​According to the Norwegian Meteor Network’s analysis, the meteor didn’t originate in the asteroid belt between Mars and Jupiter, unlike most meteors. Instead, almost the entire orbit had been located inside the orbit of the Earth, which is often called an Athens-type orbit. This makes any discovery of meteorites particularly exciting for science, which is why all potential finders of fractions and slivers of the celestial object were urged to immediately contact the scientists.

Analysis of the meteor suggests it could have weighed at least 10 kilograms. The hope is to find remnants weighing several kilograms.