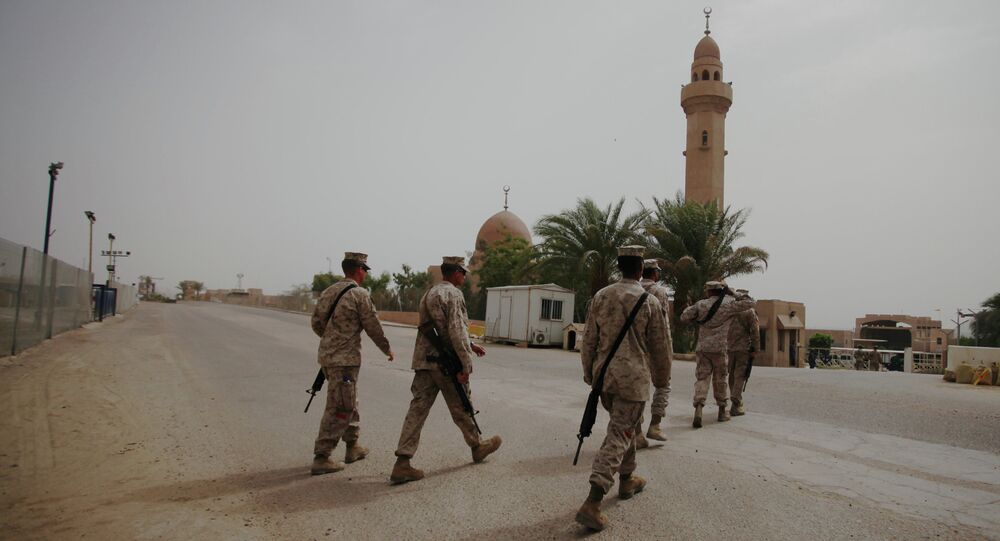 Relations between Jordan and Iran have been icy since the Iranian Revolution of 1979. Relations worsened further after Amman expressed support for the overthrow of the Syrian government of Bashar Assad in the early 2010s, which Iran supported diplomatically and militarily, and amid Jordan’s warm ties with Israel and Saudi Arabia.

Jordan’s King Abdullah II has alleged that his country has been attacked by Iranian-made drones.

“Unfortunately, Jordan has been attacked by drones that have come out that are Iranian signature that we have to deal with,” Abdullah II said, speaking to CNN on Sunday.

Asked when these attacks took place, the king said that they occurred “in the past year or so.” He did not provide any additional information, such as who was using the drones or what they targeted, but went on to urge Amman’s American allies to discuss a range of security matters with Iran.

“There are legitimate concerns in our part of the world on a lot of portfolios that the Americans are hopefully going to be able to discuss with the Iranians,” Abdullah II said. “So the nuclear programme affects Israel as it does the Gulf. The ballistic technology has improved dramatically, we’ve seen that unfortunately against American bases in Iraq. We’ve seen Saudi [Arabia] being a recipient of missiles out of Yemen. [Attacks on] Israel from Syria and Lebanon to an extent and what misses Israel sometimes lands in Jordan,” he added.

The king also complained about an alleged increase in Iranian “cyberattacks on many of our countries.”

Abdullah II not the first to accuse Iran of providing drones to foreign governments or militias. Saudi Arabia and its Gulf allies have spent much of the past six years accusing Tehran of supplying advanced drones to Yemen’s Houthi militias. Iran has vocally denied these allegations, pointing to the severity of the coalition’s blockade of the country. The Houthis, meanwhile, maintain that their drones and missiles, which have been used to pound airports, military bases and oil facilities in Saudi Arabia, are homegrown. The United States has similarly accused Tehran’s “proxies” in Iraq of using sophisticated Iranian equipment to attack US troops. Israel too has accused the Islamic Republic of providing advanced drone and missile technology to Lebanon’s Hezbollah. 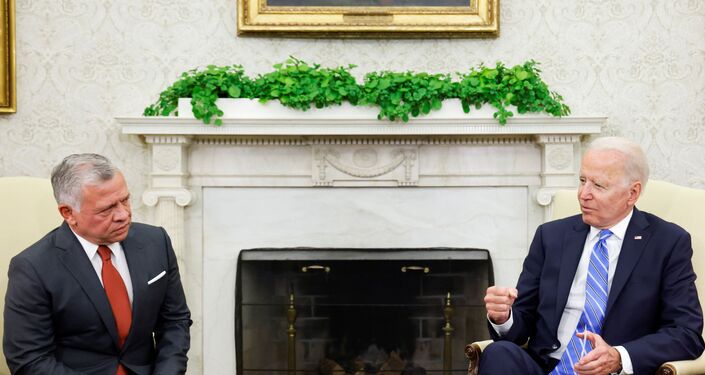 Abdullah II became the first Arab leader to visit the White House under President Joe Biden, meeting with the US leader on 19 July to discuss US support for the modernization of Jordan’s F-16 fighter jets, and to “reflect on” the “strategic US-Jordan defence relationship.” The leaders were also said to have discussed security ‘challenges’ in Syria, and economic matters. Biden was said to have conveyed US support for new talks between Jordan and Israel’s new government.

Iraqi Prime Minister Mustafa al-Kadhimi is expected to meet with Biden on Monday, and to attempt to hammer out a deal on the withdrawal of the remaining US combat troops from Iraq. “There is no need for any foreign combat forces on Iraqi soil,” the prime minister said in an interview Sunday.

Jordan is a client state of the United States, and is heavily dependent on the country for economic and military aid, which reached approximately $22 billion in 2018, according to the Congressional Research Service. The country hosts roughly 3,000 US troops, and has supported a broad range of American initiatives for the Middle East over the decades. In 1994, Amman became the second Arab country after Egypt to establish diplomatic relations with Israel. The country is also a close partner to Saudi Arabia. Both nations are major regional rivals to Iran.

At Least 54 Dead After COVID Hospital in Iraq Catches Fire