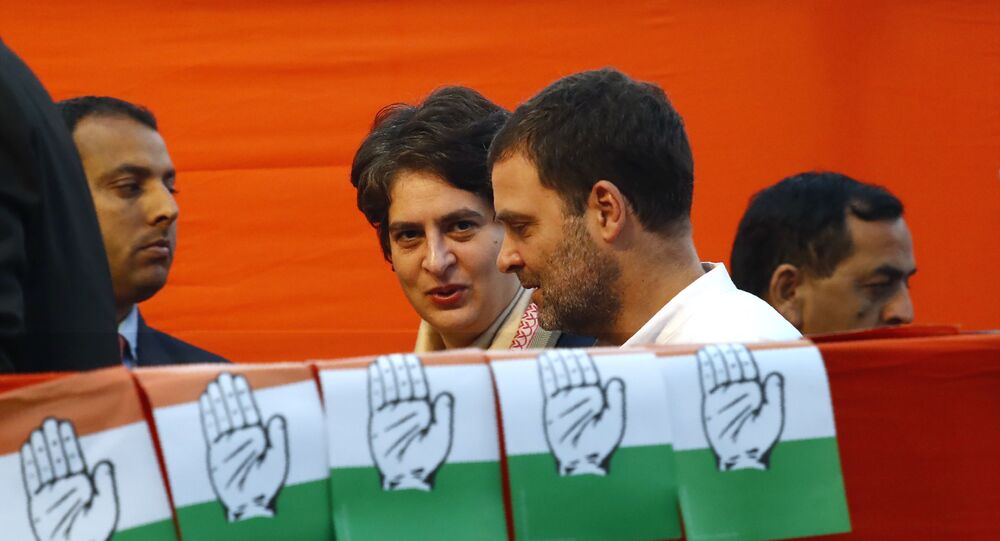 In the recently-held Bengal state elections, the Congress party failed to win a single seat, while the Trinamool Congress (TMC) secured a majority by winning 213 of 294 constituencies. Two months down the line, these two opposition parties are likely to join hands against Prime Minister Narendra Modi.

Sharing a picture of lawmaker Abhishek Banerjee, who was allegedly “targeted” by the federal government with the military-grade Pegasus spyware, the party’s official Twitter account wrote, “PM Modi took the adage, keep your enemies closer a little too far”.

Soon, Derek O’Brien, a TMC lawmaker in the upper house of the Parliament, returned the favour by replying with the party’s campaign slogan “Game On”.

Congress leader Rahul Gandhi along with several journalists, bureaucrats and opposition leaders were allegedly snooped on by the Indian government with the help of Pegasus spyware. The government has denied the claims.

This digital bonhomie between the two parties, Congress and TMC, that fought tooth and nail in the recently-held Bengal state elections is seen as an initial step towards a future alliance.

In the presence of senior Congress leaders such as P. Chidambaram at a virtual rally on 21 July, Banerjee asked the opposition parties to unite against Narendra Modi’s Bharatiya Janata Party (BJP).

State chief Banerjee has extended an invitation to meet Congress president Sonia Gandhi during her visit to Delhi this week.

“It is the central leadership’s decision. If they want to go ahead and form an alliance with TMC for the betterment of the country, then we don’t have a problem with it. Our leaders have over the years extended invitations to several parties to fight unitedly. So not all credit should be given to Mamata Banerjee. Under the Congress’ leadership, all parties should come together to fight the fascist Modi government,” a Congress leader from Bengal told Sputnik on Monday.

During the 2019 parliamentary elections, the Opposition tried to unite to take down Modi but failed remarkably. The BJP secured a majority in the lower house of the Parliament by winning 303 out of 453 seats.

In a show of strength before the general elections, Banerjee had managed to bring most of the opposition leaders, including Tamil Nadu state chief M.K. Stalin and Nationalist Congress Party (NCP) chief Sharad Pawar on the same platform in Kolkata city. But this time, her fellow party members have openly declared her as the only opponent to Modi for the 2024 Parliamentary Elections.