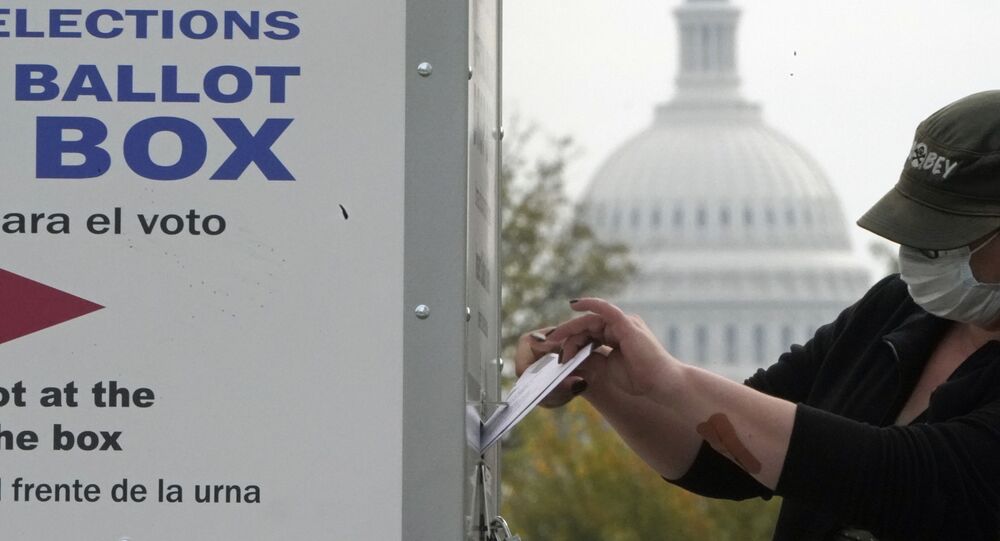 Joe Biden has urged the US Congress to pass H.R. 1, the For the People Act, and H.R. 4, the John Lewis Voting Rights Advancement Act, calling the voting bills “a national imperative”. Although the bills are now dead in the water, the Dems may try other ways to reach their goal, say CIA veteran Philip Giraldi and US economist Dr. Paul Craig Roberts.

In June the Democratic election legislation got stalled in the Senate after a procedural vote to open debate on the bill fell short of the 60 votes needed to succeed. All 50 Democratic senators supported the legislation while their 50 GOP counterparts unanimously opposed it.

H.R. 1 to ‘Turn US Into One-Party Nation Ruled by Democrats’

The signature Democratic voting rights bill is mired in controversy. Back in 2019 the legislation was defeated by the Republicans in the upper chamber, with then-Senate Majority Leader Mitch McConnell denouncing it as a “one party power grab”. After the 2020 elections, the Democrats once again brought the legislation to the congressional floor.

The Republicans see the For the People Act 2021 as an attempt to federalise US elections and eventually “turn America into a one-party nation ruled by Democrats”, GOP politician Betsy McCaughey noted in her 7 March op-ed for the Boston Herald.

​The proposed bills would “eliminate the ability of the states to pass legislation that creates conditions on registering and voting,” Philip Giraldi, a former CIA counter-terrorism specialist and military intelligence officer, warned in his latest UNZ article, adding that the loosening of ID check barriers and enhanced mail-in voting would open the door to voter fraud.

He recalled that before the November 2020 election he and his wife received “four unsolicited mail-in ballots, all of which were sent to [them] anonymously”:

“I examined the ballots carefully and noted that they bore no serial numbers or other forms of validation that could conceivably be used to limit the potential for fraud,” Giraldi highlighted.

‘Fix the Problem You Created’: Biden Slammed for Thanking Migrants for ‘Choosing US’ in Video