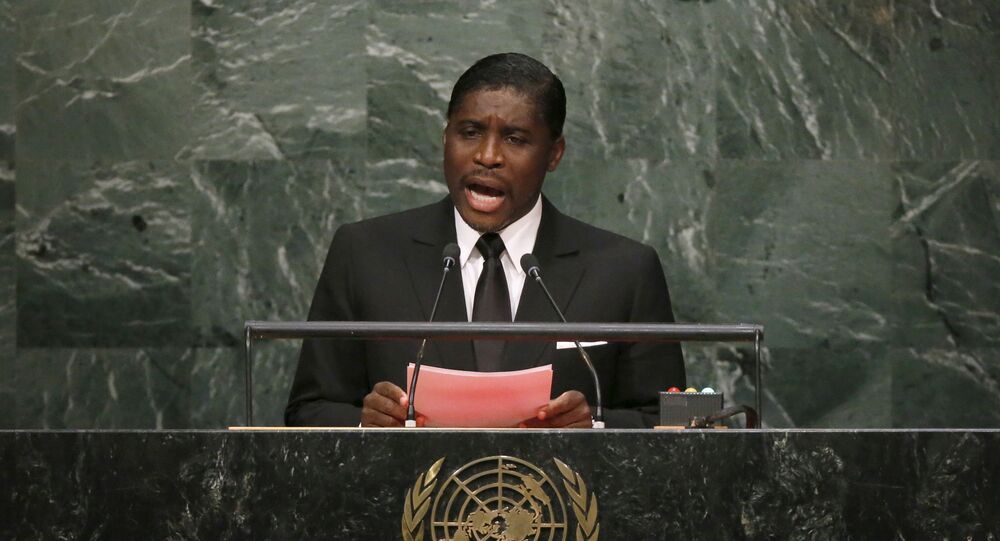 London has introduced sanctions against Teodoro Obiang Mangue, Equatorial Guinea’s First Vice President and the son of the country’s president. The UK accuses Obiang of misappropriating millions of dollars on his luxury life style.

Equatorial Guinea announced on Monday that it will be closing down its UK embassy after Britain sanctioned the son of the country’s president on Thursday.

“The first decision that the government has taken is the total closure of our diplomatic mission in London,” Foreign Minister Simeon Oyono Esono told the state’s broadcaster TVGE.

The foreign minister added that Equatorial Guinea will not accept “interference into the country’s internal affairs” that “violate the principle of international law”.

The UK accuses Teodoro Obiang Mangue of misappropriating millions of dollars, which he allegedly spends on his luxury lifestyle. The sanctions include an asset freeze and Obiang Mangue being banned from entering the UK.

According to the Foreign Office, Obiang Mangue was involved in corruption and solicited bribes, effectually spending some $500 million on expensive cars and luxury property around the world, while also spending some $275,000 on a crystal-covered glove originally worn by Michael Jackson.

A statement from Equatorial Guinea called the sanctions “unilateral and illegal”, while adding that the vice president “has not made any investements” in the UK.

“The unfounded sanctions imposed by the British government are justified by the manipulations, lies (…) that some non-governmental organisations promote against the good image of Equatorial Guinea,” the statement from Malabo reads.

Teodoro Nguema Obiang Mangue is a son of Equatoria Guinea’s long-serving president Teodoro Obiang Nguema Mbasogo, who has been the country’s leader since 1979. His son, who has also been in trouble with American and French authorities over corruption allegations, is often regarded as the president’s designated successor.

Leader of Scotland’s Conservatives Opposes US Chicken and Beef Imports