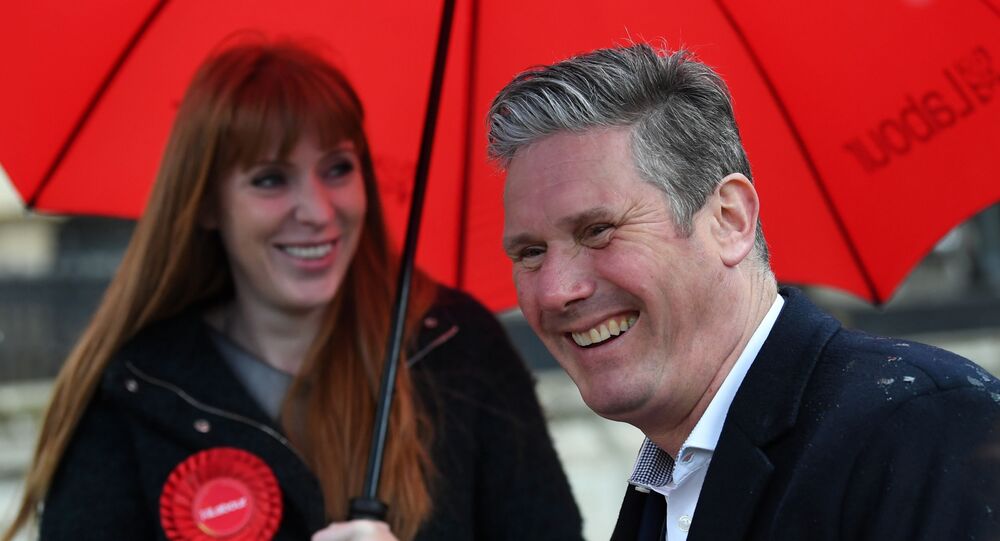 Sir Keir Starmer – a former Director of Public Prosecutions – was elected leader of the opposition Labour Party in April 2020. He has struggled to make an impression politically and in May this year suffered a humiliating defeat at the Hartlepool by-election.

More than a year after becoming leader of the Labour Party, Keir Starmer has finally come up with a policy announcement.

But his campaign to “fundamentally change our economy” lacks detail and seems to be a collection of liberal or left-wing aspirations which are likely to have been forgotten by voters by the end of the week, if not by the end of the day.

​The party’s deputy leader Angela Rayner officially launched the campaign on Monday, 26 July, with a visit to a social enterprise project in London.

Rayner, who was given a special role to look at the future of work after the disastrous May local election results, said Labour wanted to see “good quality jobs” which pay a “proper wage that people can raise a family on.”

But that sounds awfully familiar to Labour’s manifesto under Jeremy Corbyn in December 2019, when the ruling Conservatives won a stonking landslide.

​Prime Minister Boris Johnson has already said he is working to “level up” the UK’s economy to remove geographical disparities between the North and South.

Starmer said the pandemic had revealed “millions of workers don’t have the dignity and security they deserve from their job.”

Labour said it would ban “firing and rehiring” employees and give people a right to work flexibly if they have children, elderly parents to care for or other responsibilities.

​They also want to see Britain manufacturing and exporting more and they want more “green” jobs.

The other big ideas include a £10 per hour living wage, “a level playing field on tax between the multinational giants and local businesses” and a promise to create thousands of apprenticeships – all policies which Corbyn also promised.

Rayner said: “Under the Conservatives we have a broken economic model defined by insecure work, low wages and in-work poverty and a lack of opportunity for people who want to get on and find good work to support themselves and their families.”

Earlier this month an opinion poll from Survation put Prime Minister Boris Johnson’s Conservatives 11 points ahead of Labour despite recent allegations by former Downing Street adviser Dominic Cummings, the resignation of Matt Hancock as health secretary for having an affair with a senior adviser, and criticism of the government over online racial abuse of England football players.

The pandemic has shown how broken our economic model is, with millions of people in low-paid insecure work without proper sick and support to self-isolate.

I sat down with the @DailyMirror to talk about why we urgently need a new deal for working people.https://t.co/VquyOyY4d5

​Many voters in Blackpool, a previous Labour stronghold, told the BBC recently they did not even know Starmer was the party’s leader.

The co-chairman of the Conservative Party, Amanda Milling, told the BBC: “While Labour carp from the sidelines, we’re continuing to support business while taking the tough decisions needed to rebuild from the pandemic and protect people’s jobs and livelihoods.”

Last week the Labour Party announced 90 redundancies and only has enough funds to pay salaries for a month — while hiring new staff to help purge left-wing members.