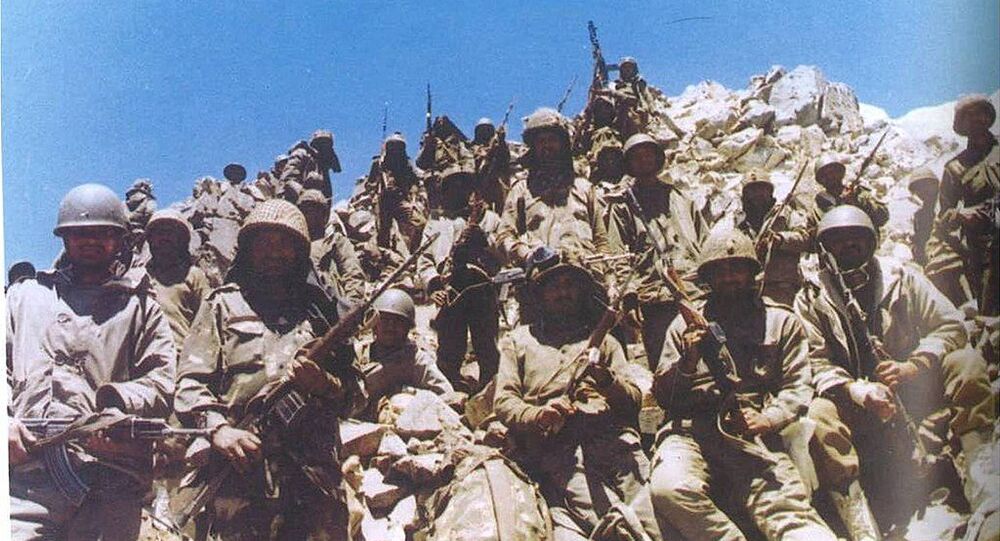 Every year on 26 July, India marks “Kargil Victory Day” remembering the courage and determination with which the armed forces fought for the nation in 1999 in the months-long armed conflict against Pakistan.

As India marks the 22nd anniversary of the Kargil War on Monday, Dr. N.K. Kalia – whose son Captain Saurabh Kalia was killed during the conflict – is still trying to get his death recorded as a war crime.

The armed conflict between India and Pakistan lasted from 3 May to 26 July 1999 along the Line of Control (LoC), which separates the two countries in the Jammu and Kashmir region.

Their eyes were reportedly gouged out and their bodies mutilated and burnt.

Speaking to Sputnik on Monday, Kalia said he will not give up in his fight for justice.

“I along with my family have been fighting a legal battle to get this offence against my son declared a war crime in accordance with the Geneva Convention, so that the guilty can be punished. However, despite assurances from the successive governments headed by three prime ministers (Atal Bihari Vajpayee, Manmohan Singh and Narendra Modi), it seems to be an endless wait to get justice,” he said.

According to the United Nations (UN), a war crime is a serious breach of international law committed against civilians or “enemy combatants” during an international or domestic armed conflict.

In 2012, Kalia approached the Supreme Court of India in a bid to get the case heard in the International Court of Justice at The Hague. He also filed a petition with the UN Human Rights Council (UNHRC) to ensure a full and independent investigation into his son’s death.

“All that has been in vain, the case is pending in the apex court and there has been no hearing in the last three years,” he said.

Kalia says his son was one of the first army officers to report an intrusion of Pakistani troops into the Indian side of the LoC. Saurabh was out on patrol in the Kaksar with the Pakistani soldiers, who then captured him and the five others. They were held captive for 22 days before being tortured to death.

“Over the years I have understood that the External Affairs Ministry holds an important role in this case. However, nothing has been done so far by them. The government of India must take up the issue with the Pakistan government against those who held my son captive and killed him,” his father appealed.

“My son’s body had cigarette stubs, his ears were pierced with a hot iron rod, his eyes were removed before puncturing them, all of his teeth and bones were almost broken, various limbs and private parts were also chopped off,” the father said.

According to Delhi, as many as 559 Indian soldiers died in the war, while Pakistan lost around 400 men.

17 Detained for Assault on Policemen, Vandalism Outside Shrine in India – Video