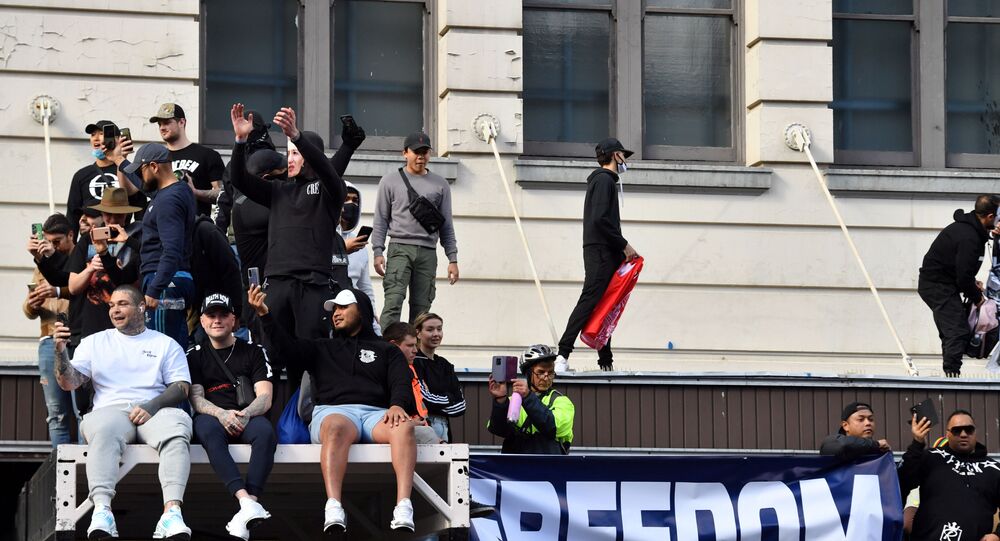 Sydney previously tightened lockdown restrictions, imposing a stay-at-home order, as the number of new infections started mounting up again. So far, the country has registered 32,594 new coronavirus cases, and 916 fatalities from the infection.

Mass rallies were held in Sydney, Melbourne, and other Australian cities on Friday, as people protested against coronavirus restrictions in the country. Thousands of maskless protesters chanting “freedom” marched through Sydney, and some of them clashed with police. According to reports, a group of lockdown opponents were throwing pot plants and bottles at mounted officers. The ABC broadcaster reported that 57 people were charged in the wake of the skirmishes.

Police in Sydney said they had launched a “high-visibility policing operation”, to curb the protests.

Well this sucks: anti-lockdown protesters from all over Sydney have staged a mass gathering in the Inner West. View few masks in sight, but plenty of COVID conspiracy t-shirts pic.twitter.com/4xEvR8olXN

Americans, when you watch Australian cops bashing the crap out of Aussies for exercising their right to protest, I just want to remind you that Australians are completely disarmed.

Huge anti-lockdown protest in Sydney’s CBD. Thousands of marchers chanting “freedom”. This man was arrested after he was pushed into a police officer pic.twitter.com/oDiG88lSyM

In total, the Australian COVID tally reached 32,594 cases, including 823 confirmed over the past week only.