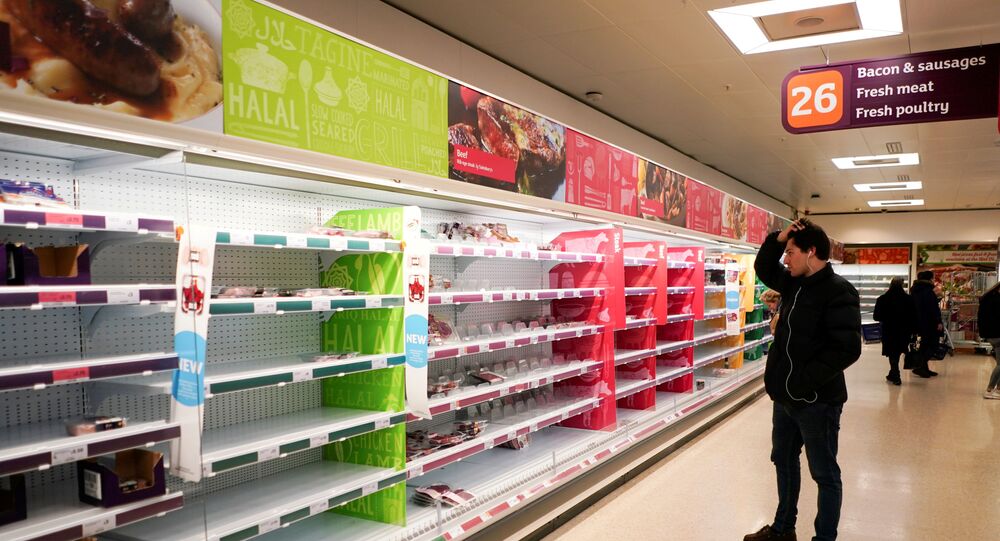 On Friday, UK Cabinet ministers announced that workers critical to the food supply industry will be exempt from the “pingdemic” in order to prevent supermarket shelves in the country from going empty.

The UK government plans to set up a scheme in order to let more key workers take daily COVID-19 tests rather than isolate for ten days to tackle a possible economic meltdown over the so-called “pingdemic”.

In the past week, over 600,000 British workers have been “pinged” by the National Health Service (NHS) app, telling them to stay at home for up to 10 days after they were recorded as being in close contact with COVID-positive people.

On Friday night, the government said that police, fire service staff, border staff, transport, and freight should also be included in the exemption scheme, which is expected to resolve increasing numbers of isolating staff.

Earlier that day, Environment Secretary George Eustice and Health Secretary Sajid Javid announced plans for daily contact testing for the food and drink industries, saying that critical food-supply employers will be exempt from self-isolation if they test negative for coronavirus on a daily basis and are fully vaccinated.

The country’s councils and companies have, meanwhile, warned that England may face weeks of “pingdemic” disruption, which will most likely ride roughshod over key services and food supply.

The British Meat Processors Association urged the government to publish more information as soon as possible to give “clear, unambiguous guidance on which sites are exempt [from self-isolation], which job roles qualify for exemption, and exactly how these new rules will be applied”.

“Our fear is that, if infections keep rising at the current rate, there will be so many non-exempt workers taken out of the system that, regardless of those protected ‘key sites’, the rest of the supply chain around them will start failing”, the association said.

This position was echoed by Richard Harrow, chief executive of the British Frozen Food Federation, who called the current situation “worse than useless”, with confusion “continuing to pervade”.

James Jamieson, chairman of the Local Government Association, for his part, urged Downing Street to clarify what councils and employers should do when it comes to exemptions for their critical workers.

UK: Prime Minister Boris Johnson has been warned by supermarkets that he has 48 hours to fix the pingdemia. Otherwise, buyers will be faced with empty shelves in stores. pic.twitter.com/Beceq1YUoL

“Residents will need to bear with us if they experience disruption to some services, if councils are forced to prioritise services that protect the most vulnerable in their communities”, Jamieson pointed out. .

Shadow Environment Secretary Luke Pollard, in turn, insisted that security of the food supply is fundamental and that empty shelves in supermarkets “show the system is failing”.

Fresh fruit and vegetables, meat and bottled water are all in short supply in some Welsh supermarkets https://t.co/rk5nEcf1Ap

“The government caused this chaos by recklessly releasing all restrictions at once in the face of the Johnson variant, hitting the accelerator while flinging off the seatbelt”, he said, in an apparent nod to the 19 July lifting of all coronavirus restrictions in England, touted by Prime Minister Boris Johnson as “freedom day”.

Pollard welcomed the government’s “right” move stipulating that “some critical workers in the food supply sector may be exempt if fully vaccinated and, crucially, tested daily”, adding, however, that ministers “must be cautious given the surging transmission rate”.

“Labour warned against removing all restrictions in one go and we want to see a return of mandatory mask wearing in shops and the continuation of workplace testing. The rushed plan ministers have now published looks like a bureaucratic nightmare for businesses, while being unlikely to be sufficient. They have a right to be furious”, the shadow environment secretary noted.

​He spoke after the government went ahead with scrapping Stage Four restrictions on Monday, allowing nightclubs and music venues to reopen, and lifting the last restrictions on pubs, cafes, and restaurants and the attendance limits at weddings and funerals.

Some employers have, however, complained that up to 10 percent of their staff cannot work after being told to isolate for 10 days by the NHS app. 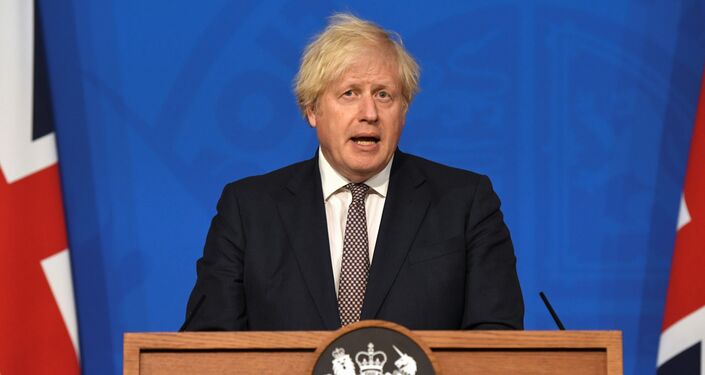 Downing Street responded by announcing that as of 16 August, those who have had both doses of the coronavirus vaccine more than two weeks prior will no longer have to isolate if “pinged”, but must undergo a PCR-type test as soon as possible to see whether they are infected.

COVID-19 death rates in the UK have approached triple figures this week, peaking at 96 on Monday. The total death toll in the UK since the first case was identified there in January 2020 stands at 128,980, according to the World Health Organisation’s latest estimates.