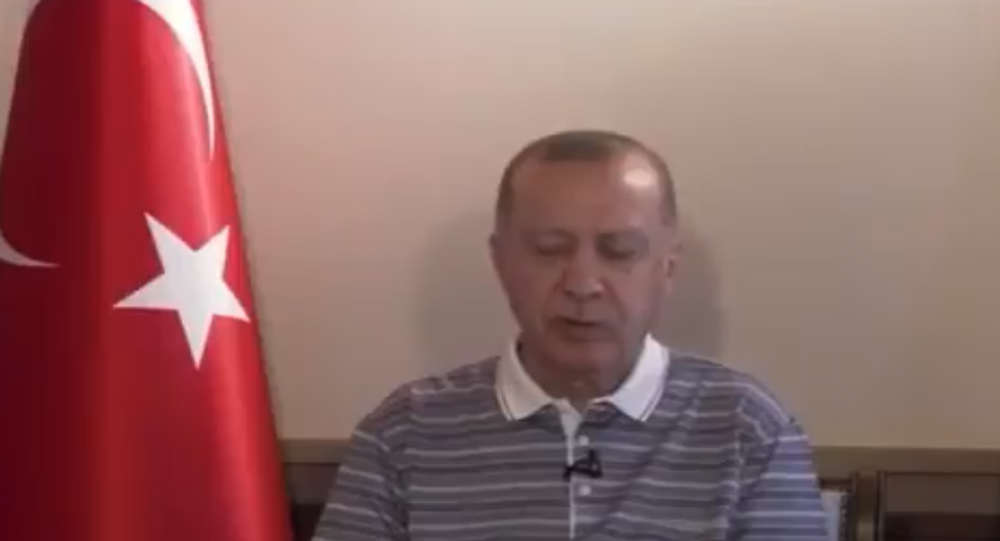 What is notable is that the president’s address to his fellow party members was pre-recorded rather than filmed live, begging the question how the bit with Erdogan’s momentary zizz ended up in the video after editing.

Turkish President Recep Tayyip Erdogan’s Eid al-Adha message to members of the governing Justice and Development Party has stirred social media, but rather than focusing on the contents of his speech, netizens couldn’t help but point out that the president appeared to have drifted off for a brief moment right in the middle of his address.

In a video of the message, which quickly went viral on Twitter, Erdogan is seen pausing his speech and closing his eyes for a couple of seconds, before resuming his Eid greeting to fellow AKP members.

​This is not the first time that the Turkish president has been seen “catching zzzs” in public. In 2017, he also appeared to have nodded off as many as seven times at a press conference in Kiev with then Ukrainian President Petro Poroshenko.

‘I Am Legend – Dad Bod Edition’: Will Smith Vows to Get in ‘Best Shape’ of His Life in Shirtless Video

Selfish or Brave? Netizens at Odds After Texas Valedictorian Hits Out at State’s Abortion Ban