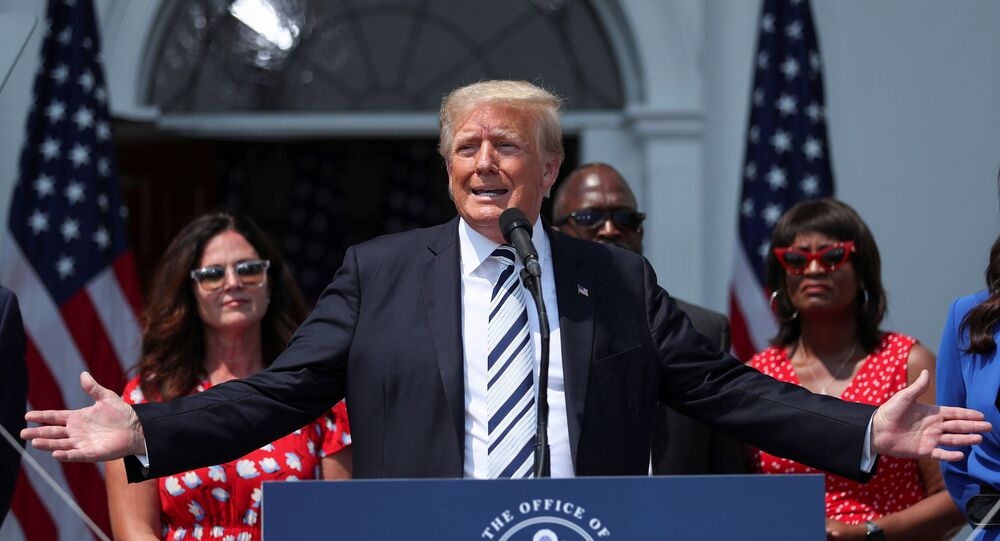 Ahead of an upcoming visit to Phoenix, Donald Trump slammed Arizona Republican Paul Boyer, in his latest attack against all the GOP members who are against the ongoing audit of 2020 election results in the state.

Although former President Donald Trump has said he’s “looking forward” to visiting Arizona this weekend, he lost the state by about 11,000 votes to Democrat Joe Biden during the 2020 election.

The ex-POTUS is scheduled to appear at an event called the “Protect Our Elections Rally” in downtown Phoenix on 24 July.

In Thursday’s statement via his Save America Political Action Committee (PAC), Trump said that he was eager to speak “at Turning Point Action on Saturday afternoon, in the Great State of Arizona, at the Arizona Federal Theatre”.

“We will be broadcasting at approximately 6:00PM EST [3 p.m. Arizona time]. Big crowd, see you there!” he added.

The visit comes as work is wrapping up on an audit of the 2020 Maricopa County election that was authorised by GOP leaders of the state Senate. A number of Republicans, including Trump, have repeatedly insisted that the audit will support their allegations of widespread voter fraud, but results remain pending.

Blinken Urges China to Pressure Pyongyang to Denuclearise in ‘Self-Interest’

Ghislaine Maxwell Was ‘Tyrant’ With Epstein’s Victims Because She Loved Him, Book Claims