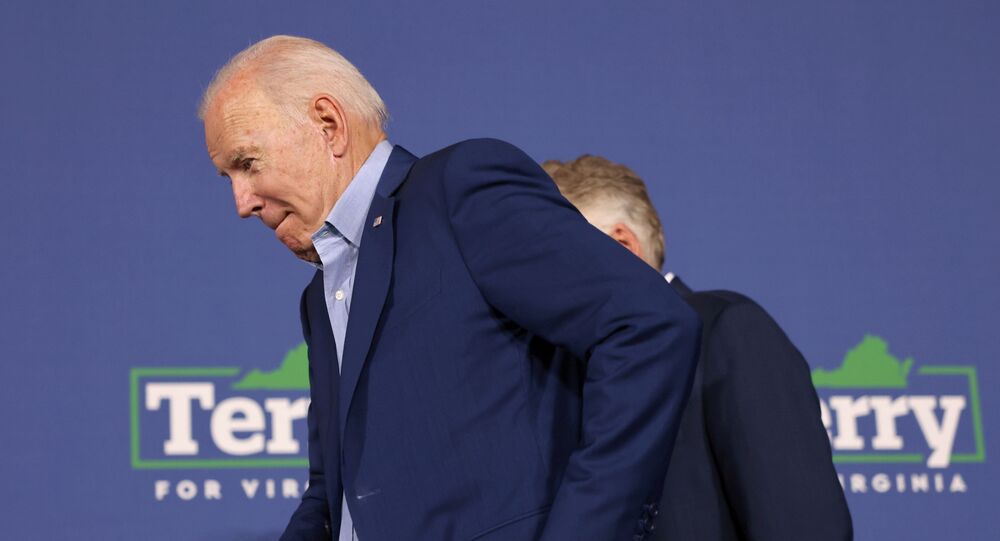 Friday’s rally in Virginia was seen as a test for Joe Biden as he prepares to campaign with Democrats across the US ahead of next year’s midterm elections, which will be his first as president.

On Friday night, President Joe Biden was booed by hecklers as he spoke at a campaign event in Virginia for Terry McAuliffe’s bid to return for a second term as the state’s governor.

In a video of the incident that was shared on social networks, Biden is seen being almost immediately interrupted by those in the crowd who reacted angrily to POTUS praising Alabama’s Republican governor Kat Ivey for urging residents of her state to get vaccinated against COVID-19.

“What we have now is a pandemic of the unvaccinated. A lot of our conservative friends have had a second thought. They’ve seen the Lord. Thank God the governor of Alabama – had one of the lowest vaccination rates in the country – has now, and I’m genuinely complimenting her…”, Biden said before being heckled.

Some in the crowd were heard yelling “We love you Joe!”, while others screamed “Stop Line 3!”, in an apparent reference to a on oil pipeline project running from the Canadian province of Alberta to Minnesota.

The US president then responded by saying, “look, this is not a Trump rally. Let ’em holler. No one’s paying attention”.