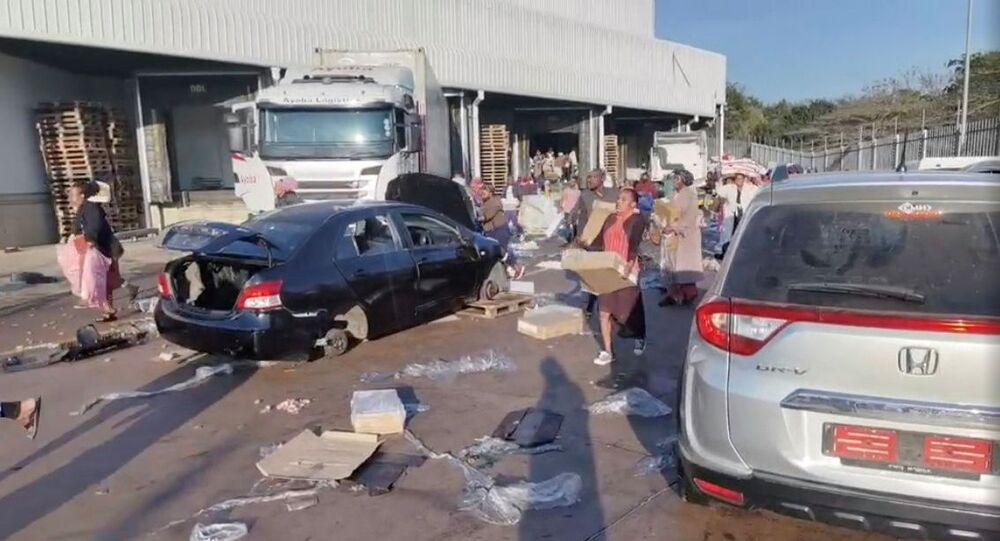 South African media reported this week that mortuaries in Phoenix, an area predominantly inhabited by the Indian minority ethnic group, had been overwhelmed after more than 300 bodies were brought in. Most remained unclaimed by relatives.

Senior members of South Africa’s ruling party have called for charges over the alleged killings of some 300 people by private security guards during protests against the former president’s jailing.

Leading African National Congress (ANC) members in KwaZulu-Natal (KZN) province also called for former president Jacob Zuma to be freed from the Estcourt prison, where he began a 15-month sentence for contempt of court imposed by the Constitutional Court.

Around 100 members of ANC branches in the eThekwini metro municipality marched or dove in a motorcade to the the party’s provincial offices in central Durban in Friday to present a memorandum of demands to leaders over recent violence in the town of Phoenix, some 15 miles northwest of the city.

It said “racists” had “used the recent unrest to kill our people, deny them access to shops and in some cases have stopped them from going home”. Khuzwayo called the violence “worse than the apartheid Group Areas Act which relied on barbaric ethnic polarisation”.

National media reported this week that mortuaries in Phoenix, an area predominantly inhabited by the Indian minority ethnic group, had been overwhelmed after more than 300 bodies were brought in. Most of the bodies remained unclaimed by relatives.

Police Minister Bheki Cele visited the area twice this week and said a team of ten detectives were investigating the killings there. Police said 38 murder probes had been opened so far and one suspect arreted.

But the ANC members in Durban on Friday blamed private security firms for the killings.

“Such action cannot go unpunished. Racism is still rife in the country and the racists have an upper hand as the system is designed to protect them,” Khuzwayo said. “The PEC must ensure that the SAPS suspends the firearm licences of all security companies that participated in the blockades and attacks on our people”.

The memorandum also called on the provincial ANC leadership to take the lead and organise protests for Zuma’s release as a peaceful outlet of anger over his imprisonment and the killings in Phoenix.

“We came here before everything started and told the PEC this would happen,” Khuzwayo pointed out. “There are counter-revolutionary forces who may take up this Jacob Zuma thing. We were like prophets,” shortly before he read the memorandum.”

Mshengu later backed the calls for Zuma’s release in an interview with state broadcaster the SABC.

Phoenix in KwaZulu Natal was the site of a multi-ethnic settlement founded by anti-apartheid activist and later Indian independence leader Mohandas K Gandhi in the early 20th century, where he developed his ideas of non-violent resistance. The settlement was burnt down in 1949 during anti-Indian violence instigated by the National Party government among the black majority.

President Cyril Ramaphosa, Zuma’s former deputy who has supported the Constitutional Court’s decision, has ordered 25,000 army soldiers onto the streets to crack down on the unrest. The troops have been used to cut off illegal electricity connections in informal settlements — in the cold of the southern hemisphere winter — and seize looted goods from homes to be destroyed rather than returned to businesses.

​The official death toll from protests, rioting and opportunistic looting since Zuma’s jailing reached 337 on Thursday.

‘Novel Disease’ May be Behind Hundreds of Elephant Deaths in Botswana

At Least One Dead, 25 Injured During Protests in Malian Capital – Report