The Saudis proposed a comprehensive UN-sponsored ceasefire in Yemen in March, but the Houthi movement demanded that Riyadh first lift the economic blockade of Yemeni ports and airports.

In mid-July, a Houthi general told local media that the planes of the Saudi-led coalition had carried out more than 160 airstrikes in the area to support the Yemeni government forces. According to the general, the operation left 350 pro-government Yemeni soldiers dead and more than 560 others injured, as well as 29 transport vehicles damaged or destroyed.

Yemen has been gripped by an internal conflict between the government forces and the Houthi movement for over six years. Since 2015, the Saudi-led coalition fighting on the government’s side has been conducting air, land and sea operations against the rebels, who control the capital of Sanaa and large areas in Yemen’s north and west. 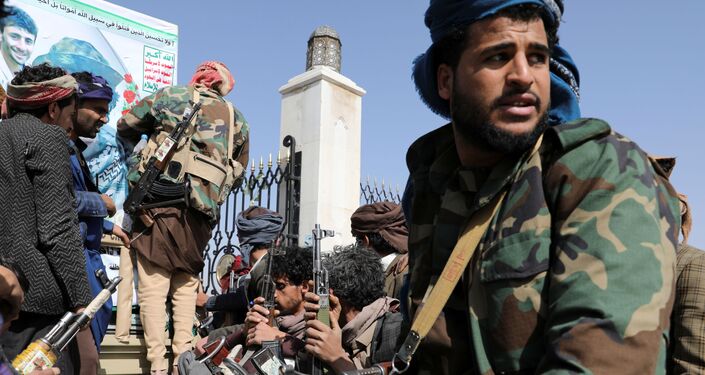 The Houthis often retaliate by firing projectiles and bomber drones at the Saudi territory.

In addition to the armed hostilities, Yemen continues to suffer from large-scale destruction of its infrastructure, significant population displacement, and an ongoing cholera outbreak since 2016. The COVID-19 pandemic has further worsened the country’s economic and humanitarian crises.