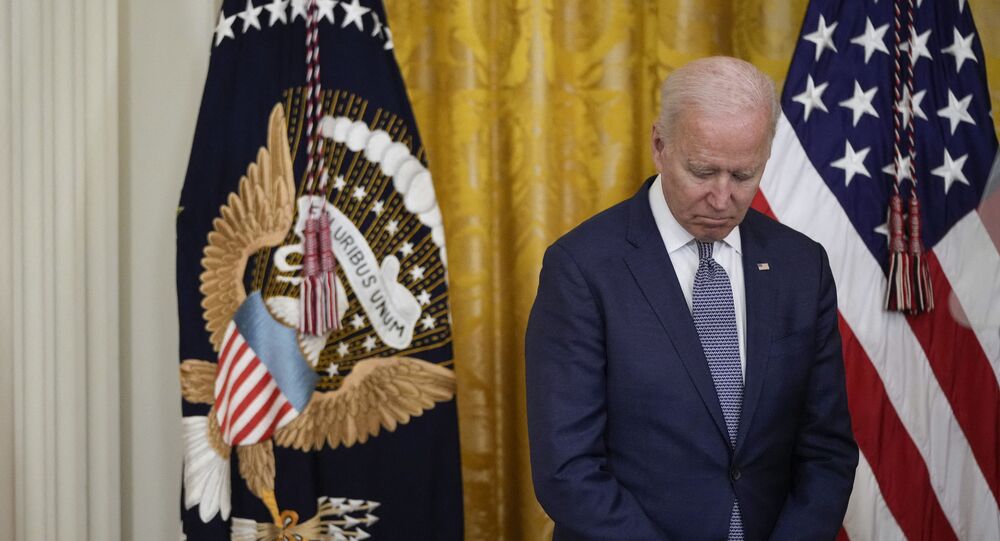 MOSCOW (Sputnik) – US President Joe Biden has lost 6% of his performance approval since June and now enjoys support of 50% of the population, the lowest number for him to date, Gallup polls conducted on 6-21 July showed.

The polls also showed that 45% of respondents disapproved of Biden’s performance in office (compared to 42% in June) and 5% did not have an opinion on the matter.

Since Biden took office in January, support for him from Democrats has gone down to 90% from 98% (staying still relatively high) while from the independents to 48% from 61%. Support from Republicans has been fluctuating from 8% to 12%.

Biden has just completed his second quarter in office with his average approval standing at 53.3%, against 56% in the first quarter. This is significantly high when compared to his predecessor Donald Trump’s average job approval of 38.8% but low when compared to Barack Obama’s (who served as US President from 2009 to 2017) 62%.

Biden’s rating could be falling as the US is struggling to fight off COVID-19 with the vaccination rate in the country slowing down and cases on the rise, the report added.