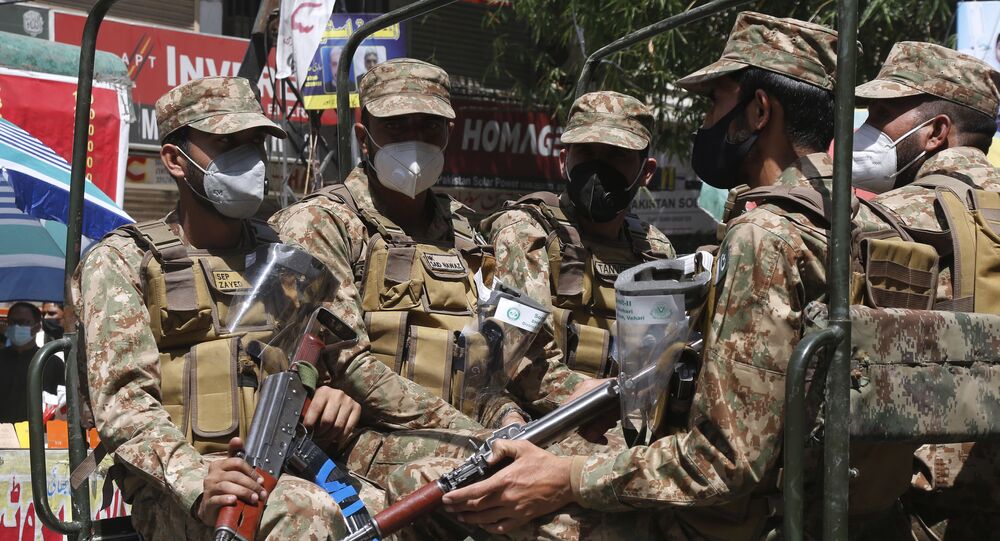 Earlier this week, the Taliban claimed that it now controls nearly 90 percent of Afghanistan’s border areas, including with Tajikistan, Uzbekistan, Turkmenistan, and Iran. Afghan forces are currently involved in an intense fight with the Islamist insurgent group to retake the entire Spin Boldak district at the Pakistan border.

Pakistan has deployed its army personnel at a forward position along the Afghanistan border, according to a report by Dawn, a Pakistani daily newspaper.

Pakistani Interior Minister Sheikh Rashid Ahmed said that the country’s soldiers had replaced the Frontier Constabulary (FC), Levies Force and other militias from the frontline positions.

“The current volatile situation [in Afghanistan] demands that regular military troops be deployed along the border”, Ahmed said.

The minister told Dawn the worsening situation warranted the containment of refugees’ influx from Afghanistan as well as the entry of militants into Pakistan.

He added that paramilitary troops were deployed to deal with regular issues, including illegal crossings and smuggling.

However, the interior minister refrained from taking any side in the Afghan war, and he said: “The fight inside Afghanistan was their internal matter, and Pakistan was not taking any side and had no favourites”.

“It is time that the Afghan politicians and their military leadership learn to deal with their issues”, Sheikh Rashid said. “We do not want to see that Pakistani soil is used in any way or by any side in the Afghan conflict, and we have assured the Afghan leadership of this policy”/

Earlier in June, US President Joe Biden said that the United States would withdraw its forces from Afghanistan by 31 August this year.