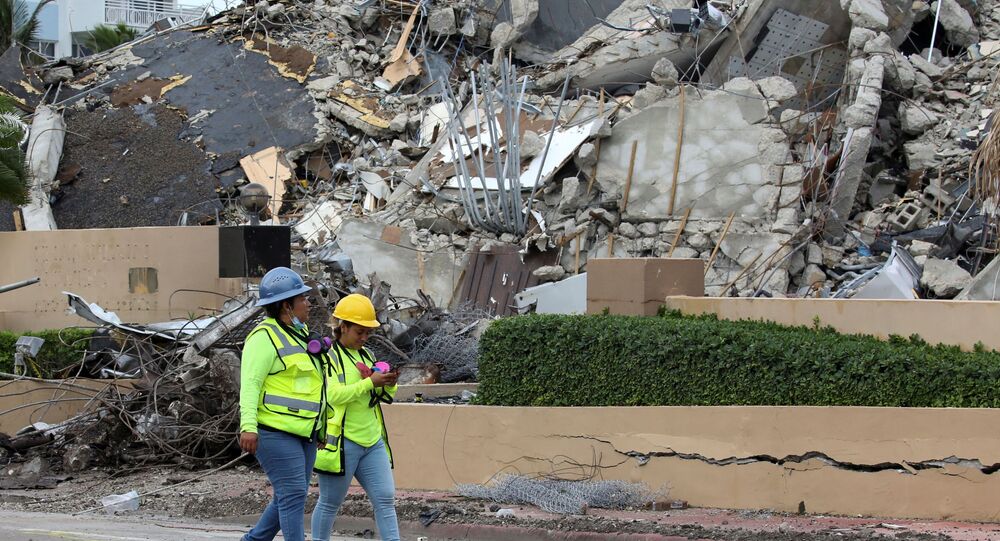 WASHINGTON (Sputnik) – Miami-Dade Fire Rescue is ending its search for remains in the rubble of the Surfside, Florida condo building collapse, but police will take over the operation, the county mayor’s office said in a press release.

“Today, Miami-Dade Fire Rescue is transitioning the search and recovery effort to the Miami-Dade Police Department,” the release said on Friday. “The operation is ongoing, and MDPD is continuing to search the debris pile both for human remains and for personal items until they have completed a full additional search of the debris.”

As of Friday evening, the release noted that the death count stands at 97 with one victim still unaccounted for.

The 12-story Champlain Towers South apartment complex partially fell early on June 24, causing the tragedy in Surfside, a city immediately north of Miami Beach. The remaining piece of the condominium structure that still stood after the collapse was removed later in early July.