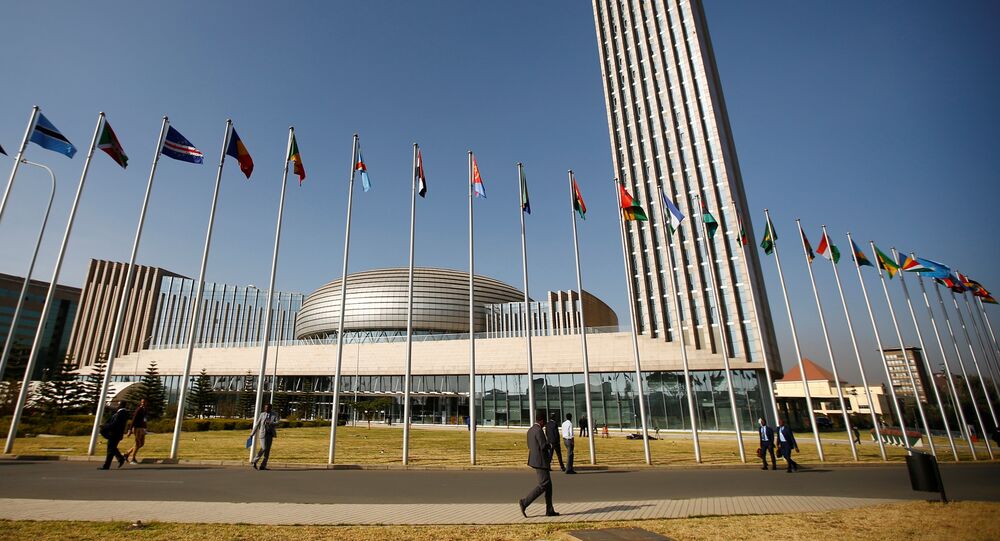 The African Inion’s predecessor the OAU, established in 1963, enshrined the sovereignty and territorial integrity of the post-colonial African states. But the AU has sent peacekeeping troops to intervene in conflicts — notably in Somalia.

The African Union (AU) has granted observer status to Israel after nearly 20 years of lobbying by the Jewish state harshly criticised by many of the bloc’s leaders.

“This is a day of celebration for Israel-Africa relations,” Israeli Foreign Minister Yair Lapid said in a statement, noting that his country had diplomatic relations with 46 of the 55 African nation states and “wide-ranging partnerships and joint cooperation in many different fields including trade and aid.”

Israel held observer status in the AU’s predecessor, the Organisation of African Unity (OAU), but was not admitted on the same basis when the AU was founded in 2002.

“This corrects the anomaly that has existed for almost two decades and is an important part of strengthening the fabric of Israel’s foreign relations,” Lapid said. “It will help us strengthen our activities on the African continent and with the member states of the organisation.”

But Faki stressed that the AU “has been very clear on its position that in the issue of Palestine and Israel, a Two State Solution is necessary for a peaceful co-existence.”

In May this year the AU Commission chairman condemned Israel’s “bombardments” of the Gaza Strip and “violent attacks” by Israeli security forces at the Al-Aqsa mosque in Jerusalem, accusing the Israeli Defences Forces of acting “in stark violation of international law”.

The OAU, established in 1963, enshrined the sovereignty and territorial integrity of the post-colonial African states. But the AU has sent peacekeeping troops to intervene in conflicts — notably in Somalia.

The OAU excluded South Africa, which then included the former German colony of South-West Africa — now Namibia — until the abolition of the apartheid system. The kingdom of Morocco withdrew in 1984 after the organisation recognised Moroccan-occupied Western Sahara as a sovereign state.

AU member Egypt is the only African nation to share a land border with Israel, and controls one side of the Rafah border crossing to Gaza. Israel invaded and occupied African soil in the Egyptian Sinai Peninsula during the 1967 Six-Day War, finally returning control in 1982 under the terms of a 1979 peace treaty brokered by US president Jimmy Carter.

South Africa has had frequently-strained relations with Israel since the end of apartheid over its treatment of Palestinian inhabitants of the West Bank, East Jerusalem and Gaza. Freedom struggle veterans have likened the situation there to apartheid, even comparing it unfavourably to pre-1990 South Africa. Israel was one of a handful of countries that openly sold arms to the apartheid government.

In 2019 Pretoria downgraded its diplomatic mission to Tel Aviv to a consulate only after ambassador Sisa Ngombane’s term ended. Ngombane had previously been recalled for four months in May 2018 in protest at Israel’s crackdown on the Great March of Return protests by Palestinians following then-US president Donald Trump’s recognition of Jerusalem as Israel’s capital, in which troops shot dead of protesters.