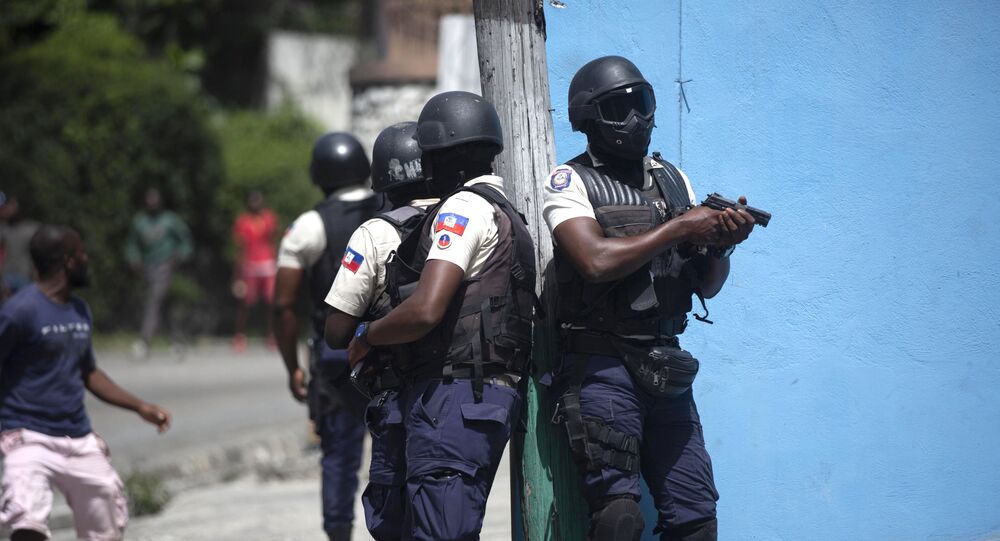 WASHINGTON (Sputnik) – Haitian Prime Minister Ariel Henry will likely fail to build a political consensus because he lacks legitimacy after being tapped to lead by foreign powers, analysts have told Sputnik.

Earlier this week, Henry was formally sworn in to assume his role as Haiti’s prime minister, a position he was appointed to two days before President Jovenel Moise was assassinated. Moise was assassinated earlier in July by armed gunmen that included several Colombian nationals with US military training. A total of 26 individuals have been detained in connection with the plot.

Even Moise’s funeral on Friday was not safe from the instability, which was interrupted by gunfire that prompted the US delegation to quickly leave the scene.

Lack of Legitimacy and Foreign Meddling

US officials have repeatedly called for Haitian leaders to bring the country together in the wake of the assassination. On Thursday, US Secretary of State Antony Blinken in a phone call with Henry stressed the necessity for the unity government to reach out to political and civil society groups to achieve a broad consensus.

“We’re in for a lot more instability because the government doesn’t have any legitimacy”, former Organisation of American States (OAS) translator Serge Bellegarde told Sputnik.

Like in the Good Old Days: Brazilian President Bolsonaro Wants to Go Skydiving