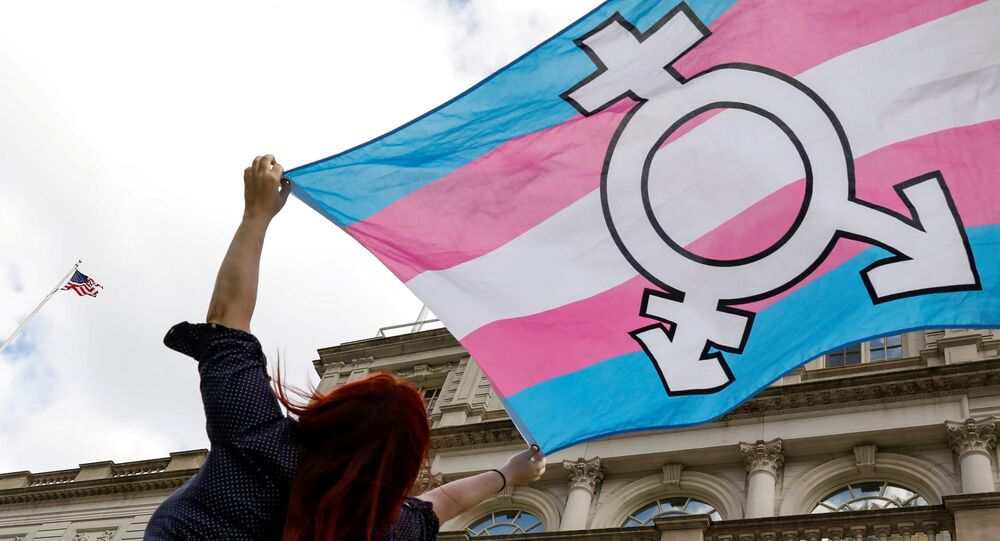 The Ministry of Justice adopted a policy in 2016 of allowing convicts declaring themselves transgender to be housed in prisons for their assumed sex, not their biological one, whether or not they hold an official Gender Recognition Certificate. It later emerged that one in 50 men being sent to prison was self-identifying as a trans woman.

UK prison officers allowed a transgender convicted child rapist in a woman’s prison to sexually harass and assault other inmates for fear of being branded “transphobic”, a victim has revealed.

Feminist lesbian writer Julie Bindel interviewed ‘Amy’, a former female inmate at  HMP Bronzefield in Ashford, Middlesex, for Saturday’s edition of the Daily Mail. The former convict said the prisoner referred to only as ‘J’ grabbed her breasts in one attack.

“The look in her eyes was frightening,” Amy said. “She leered at me before lunging forward and grabbing my breasts hard. She squeezed them and I cried out in pain. I was terrified she would rape me.”

38-year-old mother of one Amy said J, who was serving time  for the rape of a 13-year-old girl, manipulated officials with claims prison rules infringed ‘her’ rights — and intimidated female prisoners by exposing her penis to them.

“When J went for a shower, the prison put a sign on the door saying that no one else should enter, because they knew it could upset the women if they saw her naked, but J objected to this and said it was an infringement of her human rights,” Amy said.

“She said, ‘I am a woman and I want to shower with other women.’ Just before she assaulted me, she was seen with the shower curtain open, her genitals in full view of the other women.” 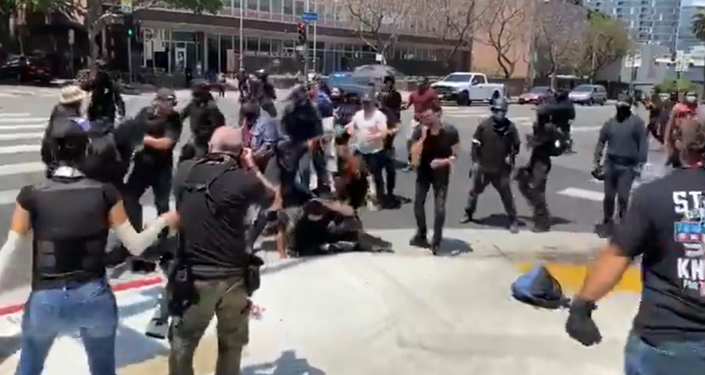 Amy, who was raped at 13 — the same age as J’s victim — and became a drug addict by 15, said the women’s prison was at least a safe haven from the abuse she had long suffered from male sexual predators.

She worked in the prison’s gym, but was appalled when J was given a job cleaning the toilets there — where the assault eventually took place.

“It was supposed to be my sanctuary,” Amy said. “I felt so distressed. Prison is an awful place to be under any circumstances, and this just made it 100 times worse.”

Another woman complained to guards that J had rubbed her erect penis against her buttocks while they queued for food in the prison canteen — which Amy said was not an isolated incident — but no action was taken.

“She would wear very tight trousers which made it obvious she had male genitals,” Amy recalled. “The prison officers protected her more than they did us. They were terrified of being accused of transphobia.”

The former prisoner, now trying to rebuild her life on the outside, likened the policy to putting a drunk in charge of a bar.

“What were the officers even thinking, letting her clean toilets in which women would be in a state of undress and alone? Why was there a child sex offender with a penis cleaning the toilets of the gym in a women’s prison?” Amy asked.

“If a trans woman is in for violence against women, or sex offences against women or children, you should not be in prison with women. It’s like putting a crack addict in a crack house, or an alcoholic in a pub,” she stressed.

“Sex offenders should never be in prison with women. Most women in there have gone through child abuse and domestic violence and rape. What if someone is raped?”

Amy took action against the prison service to force them to transfer her to another jail. Eventually she was moved to HMP Downview in Banstead, Surrey — only to find to her horror later that J had also been transferred to a new 15-place transgender wing at the same prison.

“The reception officer told me and I felt like I had been punched in the stomach,” Amy said. “They moved me for my own protection, and then I ended up back in the same prison as this person who had sexually assaulted me.”

The Ministry of Justice adopted a policy in 2016 of allowing convicts declaring themselves transgender to be housed in prisons for their assumed sex, not their biological one, whether or not they hold an official Gender Recognition Certificate. It later emerged that one in 50 men being sent to prison was self-identifying as a trans woman.

In 2018 trans woman Karen White was convicted of the rape of two women prisoners at a prison where she was being held on remand for another sexual offence. The judge who sentenced White called her “highly manipulative”.

Amy recently brought an unsuccessful judicial review case against the ministry in a bid to that policy, and a civil action for compensation against the prison and the ministry.

In his judicial review judgement, Lord Justice Holroyde conceded that many women prisoners would “suffer fear and acute anxiety if required to share prison accommodation and facilities with transgender women with male genitalia and convictions for sexual and violent offences against women”.

No Platform for Dissent

​Bindel has long been an outspoken critic of allowing male-bodied transsexuals access to women-only spaces. She has also researched and written about prostitution, and opposes campaigns to legalise the sex trade in the UK as has been done in new Zealand.

Attempts have been made to prevent Bindel speaking in public. An online petition gathered almost 600 signatures against her appearance at a meeting at the Working Class Movement Library in Salford, Manchester in February 2017, claiming the author was “openly hateful towards trans people” and “refuses to listen to sex workers”.