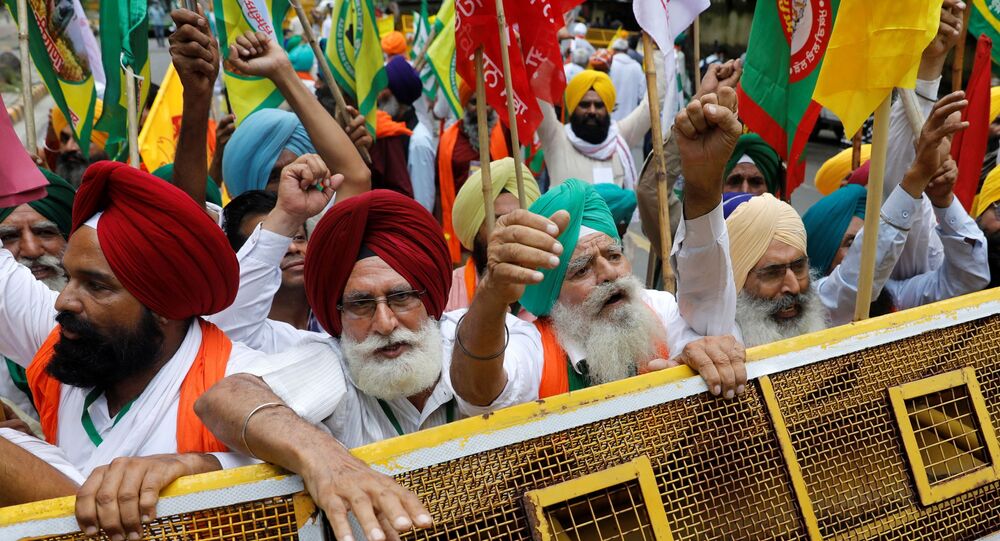 Over the past seven months, tens of thousands of farmers have camped out on major highways leading to New Delhi, demanding to scrap three farm laws passed by the Narendra Modi government last year. The protests are also now one of the largest and longest farmers’ agitations against any federal government.

As India’s Monsoon Session of parliament began this week, 240 farmers have been staging protests near the Jantar Mantar observatory, which is barely two kilometres away from the parliament, demanding to nullify the farm laws. The farmers will hold protests till 9 August, daily.

Sputnik spoke with Rakesh Tikait, spokesperson of Bharatiya Kisan Union (BKU), farmer union, who re-affirms that farmers will protest against the farm laws until they are not scrapped. He says that if needed, the demonstrators will sit at Delhi’s border until 2024 when the next parliamentary election will be held.

Sputnik: Farmers have been protesting at the outskirts of the Delhi border for the past seven months. Now, you’re protesting outside the Parliament. How will it make a difference?

Rakesh Tikait: We have to do something to raise our voice, we cannot sit on our hands. So, we decided to hold a parallel ‘Kisan Sansad’ (Farmers’ Parliament) at Jantar Mantar, which is hardly two kilometres away from the Indian Parliament, to remind the government of our long-pending demands.

Here, we have created a replica of the Parliament. On a daily basis, we appoint speakers and deputy speakers, just like the original ones have.  And, our Parliament will hear the grievances of every single farmer.