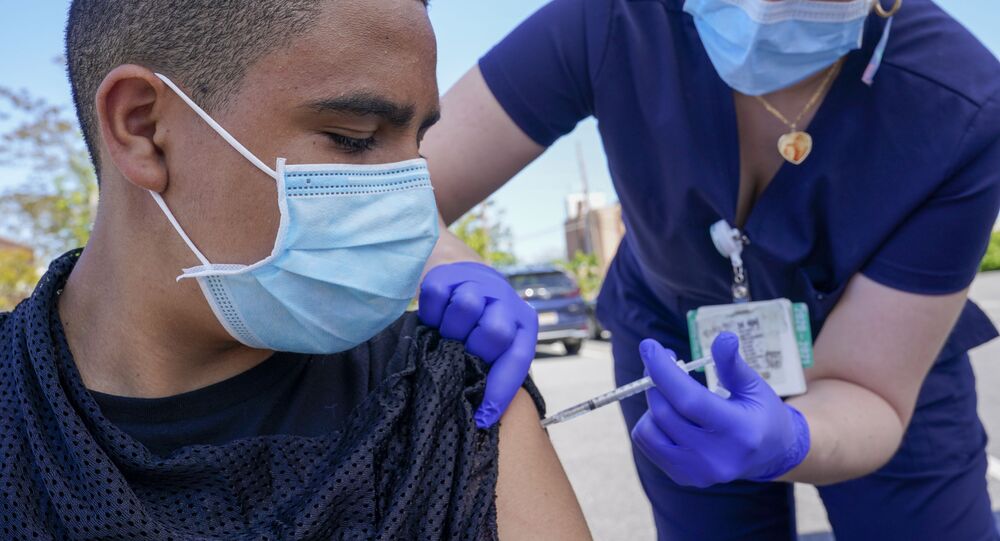 As COVID-19 cases rise sharply in Alabama, state officials are rushing to convince residents to put their hesitancy aside and get the vaccine. The southern state has the lowest vaccination rate of any US state.

Alabama Governor Kay Ivey, a Republican, told reporters on Friday in plain language that unvaccinated people were central to the problem of the latest outbreak.

“I don’t know, you tell me”, she said in response to a reporter asking what it is going to take to overcome vaccine hesitancy in the state. “Folks are supposed to have common sense. But it’s time to start blaming the unvaccinated folks, not the regular folks. It’s the unvaccinated folks that are letting us down”.

“I want folks to get vaccinated, that’s the cure, that prevents everything, why we want to mess around with just temporary stuff? We don’t need to encourage people just go halfway with curing this disease. Let’s get it done, and we know what it takes to get it done: if we get a shot in your arm. It’s safe, it’s effective, the data proves that it works, it doesn’t cost anything, it saves lives”, Ivey said.

“I’ve done all I know how to do. I can encourage you to do something, but I can’t make you take care of yourself”.

On Wednesday, Alabama registered 1,567 new COVID-19 cases – the most it’s recorded since early February, and 10 times what daily cases were a month ago, according to data from the US Centres for Disease Control and Prevention (CDC). On Thursday, hospitalisations were at 646 people – a 216% increase from July 1st, according to the Alabama Political Reporter.

The state is also 51st out of 50 states and the District of Columbia in terms of vaccination, with just 33.9% of the state’s 4.9 million people fully vaccinated. State health data shows that, like the rest of the US, vaccination rates peaked in mid-late April and steadily declined, with just 6,188 shots being administered on July 21st – just 13% of the peak rate.

A variety of factors are contributing to low vaccination rates in the state, including a lack of information about just how safe the shots are amid reports of blood clots and other health issues arising on the one hand, and confusion about whether health insurance is necessary to get the shot or if one’s insurance plan will cover the cost. According to WBRC, 10% of Alabamians don’t have health insurance.

To be clear, the COVID-19 vaccine is free for all Americans.

US President Joe Biden announced on Friday that $2.4 million would be distributed among 50 rural health clinics in Alabama to help them combat disinformation about vaccines.

In China, which has nearly five times the population to vaccinate than the US, officials have tried some novel carrot-and-stick tactics to convince citizens to come in for their vaccine shots, including offering free ice cream and groceries, holding community “sharing sessions” where people who’ve gotten their shots tell the unvaccinated about their experience, and employers requiring staff to be vaccinated before returning to work. Hesitancy in China is, ironically enough, a product of the incredible effectiveness with which the Chinese government eliminated the COVID-19 outbreak there, causing many Chinese to be dismissive of the disease’s dangers.

In the US, too, officials have employed incentives to get folks to vaccination sites, including free taxi rides, coupons for various stores, and paid time off to go and get the shot.

According to the CDC, more than 83% of COVID-19 cases in the US are of the Delta variant, which is highly transmissible and has the ability to infect some people who are fully vaccinated, albeit with blunted symptoms compared to unvaccinated people.

Last week, CDC Director Rochelle Walensky warned the US was entering a “pandemic of the unvaccinated”. “We are seeing outbreaks of cases in parts of the country that have low vaccination coverage because unvaccinated people are at risk”.

Ivey told the media Friday she wanted to be “crystal clear about this issue”.

“The new cases in COVID are because of unvaccinated folks. Almost 100% of the new hospitalisations are unvaccinated folks. And the deaths, certainly, are occurring with unvaccinated folks”, she said. “These folks are choosing a horrible lifestyle of self-inflicted pain. We’ve got to get folks to take the shot, the vaccine is the greatest weapon we have to fight COVID, there is no question about that, the data proves it. I’ve taken the shot back in December, both shots, and it’s just the thing to do. So the unvaccinated is who we need to focus on”.

“It’s their job to take care of themselves and us as well, we can’t do that for them, all we can do is everybody take the shot themselves, so encourage others to do likewise”.

Ivey was among the first state governors to eliminate a statewide mask mandate this past spring, pulling nearly all the state restrictions in April and urging people to use “common sense”. It’s part of a pattern of Republican governors in states like Texas and Florida who rushed to eliminate health mandates by positing them as infractions of citizens’ “freedom”.

‘This Loss Will Save More Lives’

Alabama health officials seem similarly exasperated, with one doctor, Brytney Cobia of Grandview Medical Centre in Birmingham, saying in a Facebook post last weekend that so many of her patients don’t appreciate the necessity of the vaccine until they’re already in hospital with COVID-19.

“I’m admitting young healthy people to the hospital with very serious COVID infections”, she wrote. “One of the last things they do before they’re intubated is beg me for the vaccine. I hold their hand and tell them that I’m sorry, but it’s too late”.

Cobia also spoke of the denialism about the pandemic, with many families having its veracity thrust upon them by the death of a loved one from the virus.