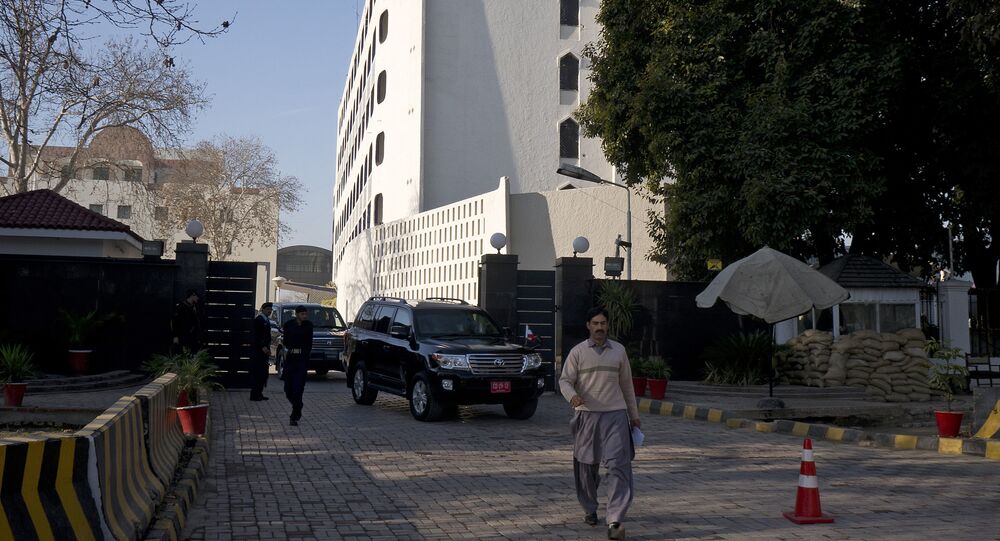 Pakistan’s Interior Minister Sheikh Rashid Ahmed has rejected the claim that the daughter of Afghanistan’s ambassador to Pakistan was ever kidnapped, saying “there is a huge difference between her claim and our findings” and noting that Pakistani authorities have watched over 700 hours of CCTV footage and searched 200 taxis during their probe.

Pakistan has reacted strongly to a statement by the Indian Ministry of External Affairs (MEA) that called out Islamabad for “stooping to a new low” in denying the authenticity of the version of the daughter of Afghanistan’s ambassador to Pakistan, who had allegedly been abducted and assaulted.

“Even recently, Indian propaganda machinery was active against Pakistan in circulating fake pictures of the ambassador’s daughter”, stated the Foreign Office.

Pakistan’s Foreign Office was reacting to the remarks made by India’s MEA spokesperson Arindam Bagchi at a weekly press briefing held earlier on the same day.

“This is of course a shocking incident. This involves two other countries viz. Afghanistan and Pakistan, and usually we would not comment on it. However, since the interior minister of Pakistan has dragged India into it, I would only like to say that even by their standards, Pakistan’s denial of the victim’s account is stooping to a new low”, the Indian official remarked.

Bagchi was responding to questions about comments made by Pakistan’s Interior Minister Sheikh Rashid Ahmed, who in an interview with a news channel accused India of “twisting the facts” in the high-profile abduction case.

Silsila Alikhil, the daughter of Afghanistan’s ambassador to Pakistan, is believed to have been kidnapped for several hours on 16 July while she was riding in a rented vehicle in Islamabad. According to Afghanistan’s Foreign Ministry, she was “tortured” and “assaulted” during her captivity.

At the time, Pakistani Prime Minister Imran Khan said he had instructed his investigators to make the probe into the matter a “top priority”.

The incident sparked a major diplomatic row between the two neighbours, with Kabul on 18 July recalling Ambassador Najibullah Alikhil until “all security threats are addressed including the arrest and trial of the perpetrators of the abduction”.

“Mr Qureshi assured Minister Atmar of Pakistan’s robust measures to ensure the security and safety of the Afghan missions and diplomats in Pakistan”, an Afghan Foreign Ministry readout regarding the telephone call said.