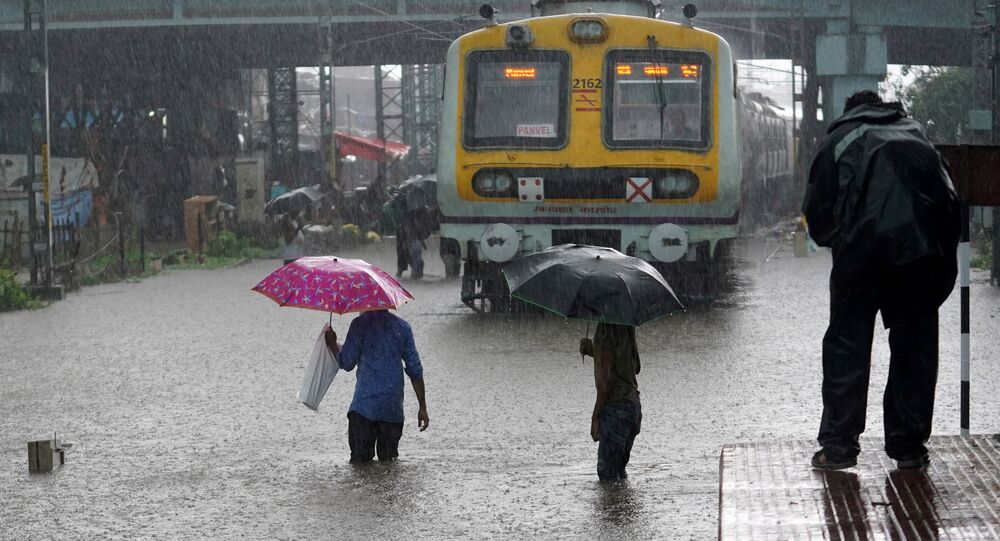 Several Indian states, including Maharashtra, Goa, Tamil Nadu, and Karnataka, have reported floods and landslides after incessant rains over the past 48 hours. The India Meteorological Department (IMD) has predicted heavy rains for the next few days as well.

At least 136 people have died due to heavy rain in Maharashtra in the last 48 hours, Maharashtra Minister of Relief & Rehabilitation, Vijay Wadettiwar, has informed reporters.

Late Friday night, the state government confirmed that they had rescued over 84,000 people.

​Ratnagiri is the worst-hit district, where eight admitted to a COVID hospital in the city of Chiplun died when water entered the premises. In the district’s coastal areas, 38 reportedly died, and 50 are still trapped in the village of Talai due a landslide.

​The rains caused worry in hundreds of villages, sweeping away houses and leaving residents stranded.

.@IAF_MCC has deployed its transport aircrafts, in addition to helicopters, to ferry personnel & equipments of @NDRFHQ, from Bhubaneswar to Pune, Ratnagiri & Goa in preparation for flood relief ops. pic.twitter.com/kZ8MSYbWqh

​Meanwhile, the Maharashtra government has announced an ex gratia of $6,717 each to the families of those who have died in landslides triggered by heavy rains in different parts of the state.

The western states have recorded their heaviest spell of July rain for decades.

The situation is worrying in neighbouring states too. Several parts of Goa, including Sattari and Bicholim in the north and Dharbandora in the south, are facing a flood-like situation.

In Karnataka, three people have died due to heavy rainfall. In addition, about 9,000 people have been evacuated from the state after landslides occurred in eight places.

The IMD on Friday issued a red alert informing state authorities to “take action”, an orange alert to “stay prepared”, while a yellow alert asks them to “be aware”.