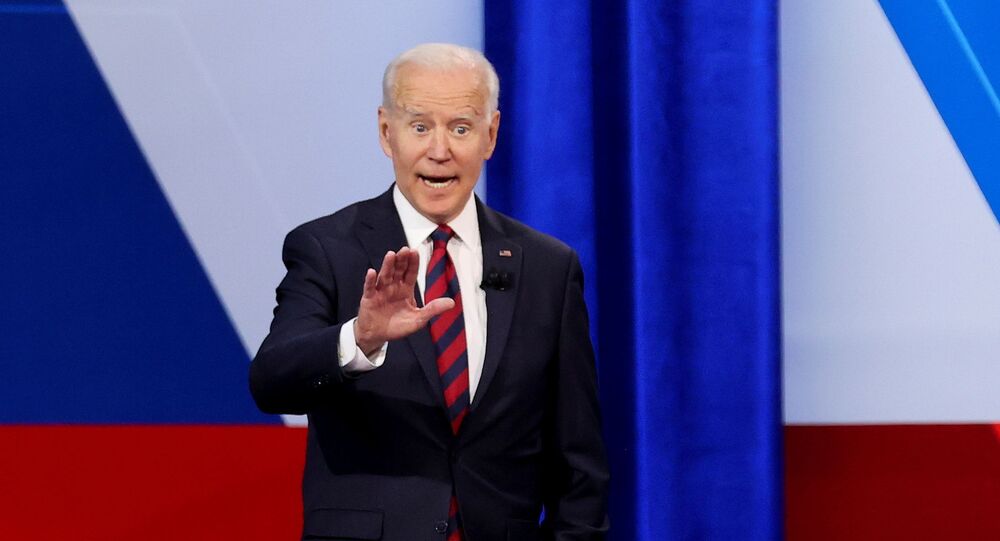 Even prior to his presidency, Biden made headlines during the 2020 election campaign over hilarious gaffes and apparent memory losses, such as confusing numbers and names of prominent politicians. In one of the latest, he called his vice president Kamala Harris “president”, triggering loads of memes and jokes on social media.

US President Joe Biden has once again done bad maths, as he claimed that more Americans had died from the coronavirus pandemic than the number of those killed in all major wars the US has engaged in.

“More people have died [from coronavirus] than all our major wars combined,” Biden said as he was urging Americans to get vaccinated in order to curb the COVID-19 spread.

However, according to the US Department of Veterans Affairs, only 650,000 American personnel have perished on the battlefield. The US COVID-19 death toll, as of today, has reached 609,000, the John Hopkins University coronavirus count indicates.

Adding to the irony is that back in February, Biden also confused the COVID-19 death toll with the number of people killed in major wars as he was commemorating the grim record of 500,000 fatalities from coronavirus.

“Today we mark a truly grim, heartbreaking milestone – 500,071 dead. That’s more Americans who have died in one year in this pandemic than in World War One, World War Two and the Vietnam War combined,” Biden said.