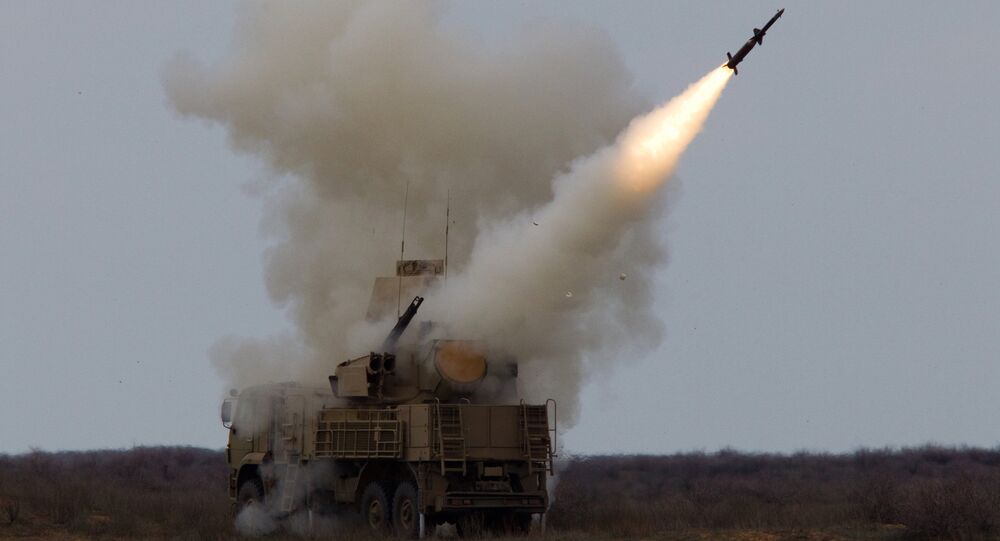 According to Syrian state television and local reports, Syrian anti-air defenses were engaging hostile targets over the central city of Homs early on Thursday morning, which were identified as Israeli.

​According to reports, some of the missiles struck targets near Safita, a city in Tartous Governorate, to the west of Homs. Some reports also said that Shayrat Air Base, which is southeast of Homs, was also a target.

The US also notably launched a large cruise missile strike against Shayrat in April 2017 in response to an alleged chemical weapons attack on the town of Khan Shaykhun, in Idlib Governorate, which was later revealed to have been staged by the al-Qaeda-aligned White Helmets group.

A missile also reportedly fell near the Lebanese town of Majdel el-Koura, about 30 miles south of the Syrian border. It’s unclear what type of missile, whether it was a cruise missile that fell short or an anti-air missile that overshot its target, as happened earlier this year when an S-200 missile fell in central Israel following another Israeli attack.

A missile reportedly fell in the town of Majdel el-Koura after Israeli airstrikes in #Syria this evening. #Lebanon #Israel pic.twitter.com/lHNyUDfcqm

​Israel has made no comment on the events in Syria. In the past, it has claimed its attacks on Syrian territory are aimed at Iranian personnel and equipment, whom it says are planning to attack Israel.

Thursday’s strikes are the second by Israel this week: an air attack on late Monday into early Tuesday struck targets near Aleppo, in northern Syria. Both attacks have come during Eid al-Adha, a week-long family holiday celebrated by Muslims to remember the obedience of Abraham, who was willing to sacrifice his son Ishmael because God commanded him to.